That’s the first thing that will come to mind the moment Cape Town inhabitants lay their eyes on FrozenYO, a colourful new four-wheeler that is the Western Cape’s first officially registered frozen-yoghurt food truck. 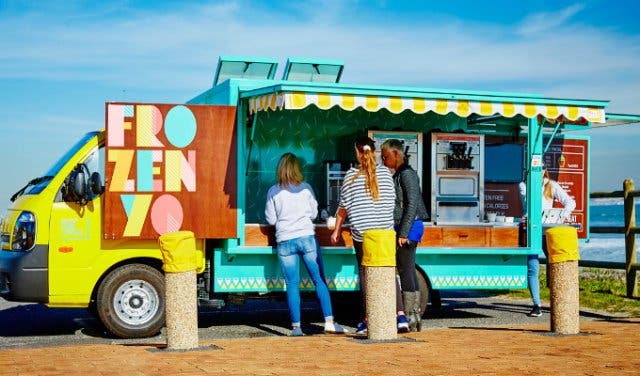 The turquoise-and-yellow-adorned automobile started its engine on 22 August, 2015 and has since been unstoppable in its mission to satiate the palates of sweet-toothed folk in and around our pretty city. The idea came to Blouberg-based founders Nicholas and Samantha Ahrends, both self-proclaimed ‘froyo’ addicts, after they realised just how far they had to drive to get their next sweet fix. It also turned out that Samantha, then a AAA School of Advertising student, needed to conceptualise a business plan as part of an assignment, so she fleshed out the idea. After two years of conceptual planning, FrozenYO has now gone from idea to fully-fledged frozen yoghurt machine.

The sweet froyo is imported from Italy, is gluten free and low in calories, and features live probiotic yoghurt cultures. In short, it is incredibly healthy (and a better choice than its ice cream and gelato counterparts). “We live an athletic lifestyle, and so we love the fact that we can enjoy the treat without feeling guilty,” explains Nicholas. 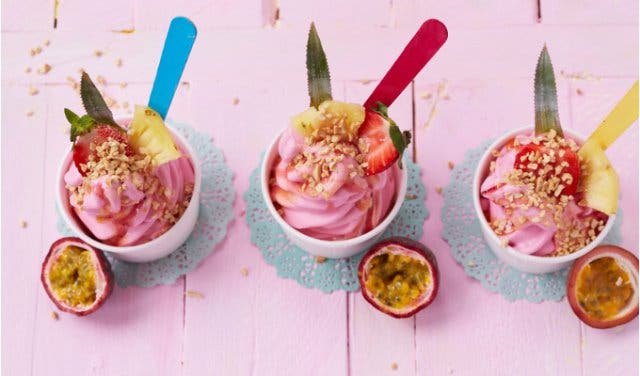 So what exactly is on offer? Four main flavours like vanilla, watermelon, English toffee and Oreo (these will change from time to time) as well as a choice of 12 toppings that can be decadently glazed onto the flavours (think Astros, fudge, muesli, banana and more). It is also here, as Nicholas points out, where FrozenYO distinguishes itself from the rest. “People often want to pile on the toppings,” he explains. “But we take pride in informing our customers about which flavours complement each other so they can have a truly magical eating experience.”

Another magical feature is the truck itself, whose super-colourful exterior reflects Blouberg’s surf culture. It boasts an impressive sound system, an LED screen that displays the flavours available and a super-silent generator – making it extremely mobile and self-sufficient. “We could, quite literally, go to the middle of the desert and still be fully operational,” exclaims Nicholas. For now, though, the truck travels across the Blouberg strip as well as surrounding areas in the Mother City. 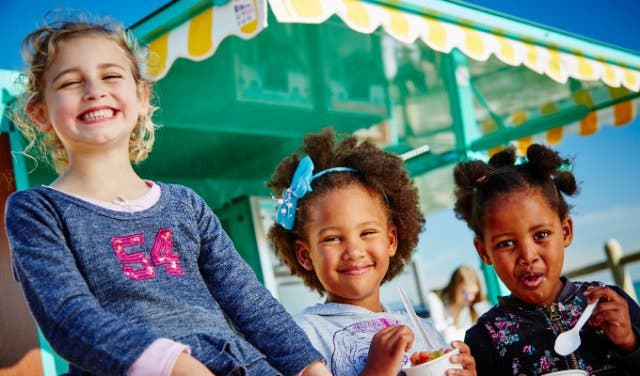 In the short time that FrozenYO has been operating, it has received positive reviews. “There’s nothing that we haven’t thought of,” says Nicholas. “We’re ultimately here to provide something that’s fresh, healthy and fun.”

So go on, treat yo self. 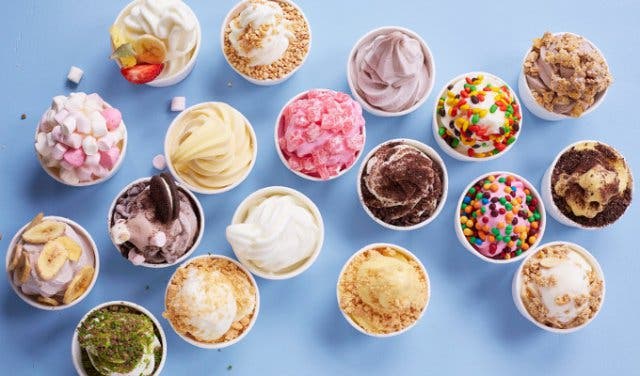 Tip: The colourful truck is available for hire. From birthday parties, weddings and markets, to school events, corporate functions and concerts, FrozenYO offers comprehensive packages to ensure that any occasion is a unique and special one. For more information and booking, contact Nicholas on +27 (0)21 556 4782 or email nick@frozenyo.co.za

The Bill: Prices at FrozenYO are reasonable. Froyo tubs range from R20 to R30 depending on the size, while a twirl is priced at R33. Toppings range from R3 to R8 each while sauces like granadilla, strawberry, honey and decadent chocolate are priced at R5.

Opening Hours: The truck has no strict times and is weather dependent. It can be found in front of Doodles at Blouberg beach.

Looking to do some other cool activities? Here’s a round-up of 47 Awesome To-Do’s That Should Be on Your Summer Bucket List. 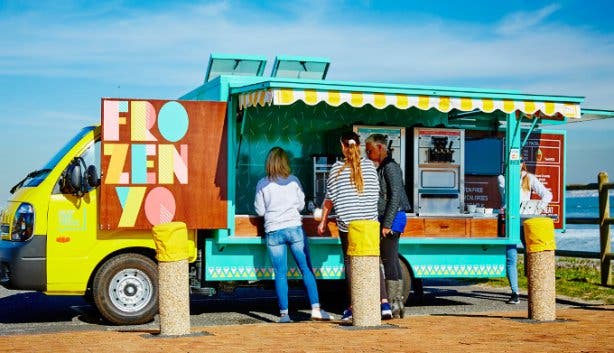 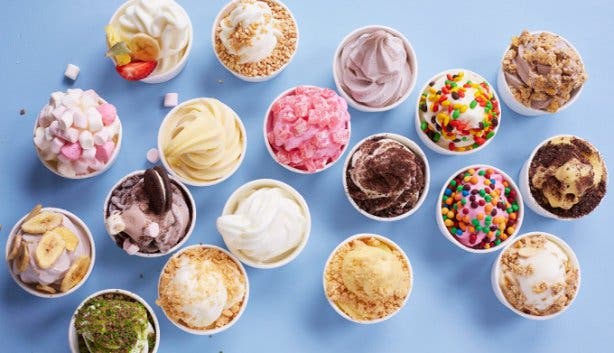 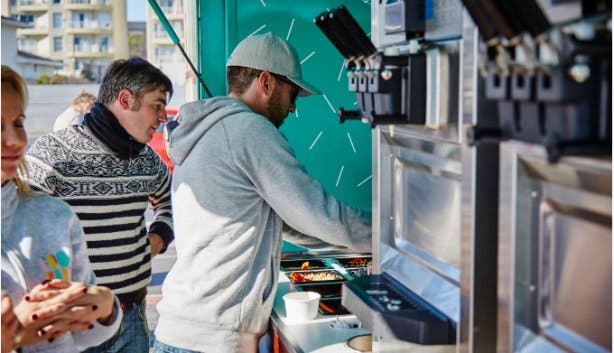 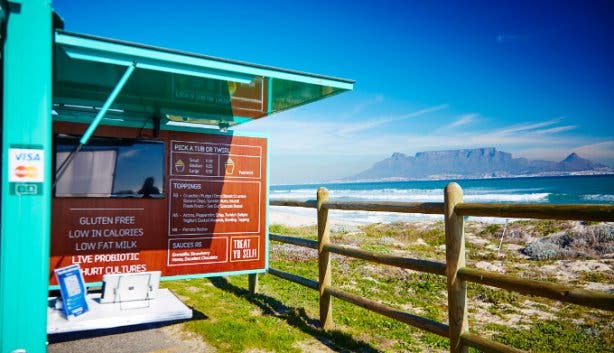 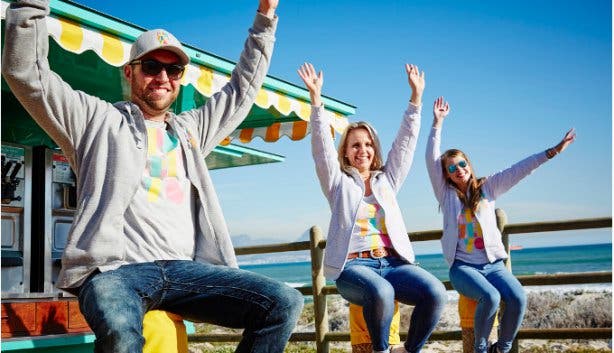 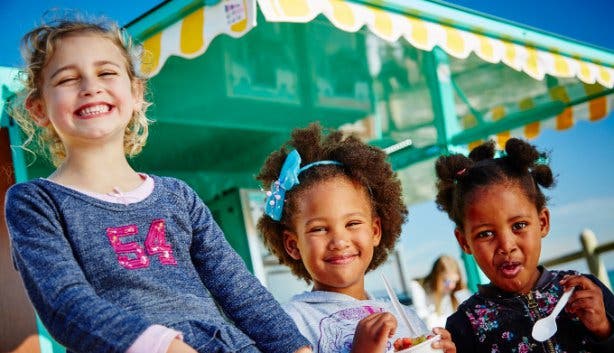 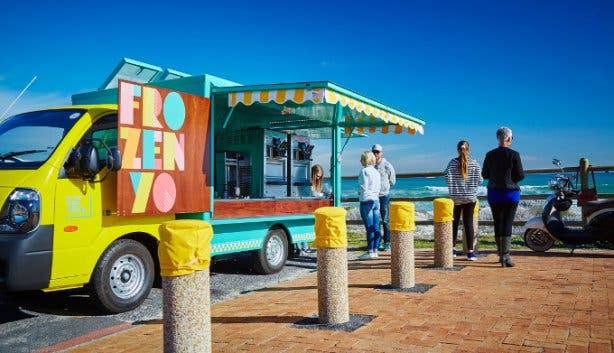 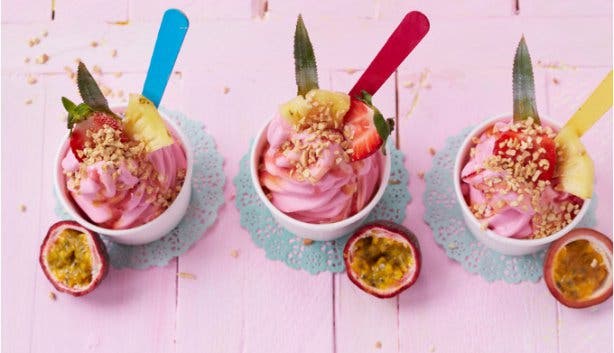