Rent a Mini Cooper Convertible for a Day

Time flies when you’re having fun...zipping around Cape Town in Mini’s funky roadster

If there were any doubts about the old saying, “Big things come in small packages,” the Mini Cooper S Roadster Cabriolet’s trampled them, top-down, at sports-car level speeds. Spunky, playful and naughty-by-nature, this newer creation from the funky car manufacturer is the company’s first two-seater soft-top convertible, and an obvious option for conquering Cape Town’s legendary roads.

In a nutshell, the Mother City’s combination of swooping curves and near perfect tarmac make it one of the best driving cities in the world, and hiring a Mini Cooper Cabriolet for the task is almost too perfect.

One of the best things to happen to the motoring world was the revival of Mini, the iconic car company that was hugely famous for its tiny motorcars. When BMW bought the brand, they set out to turn the name into the very definition of fun, trendy and sporty.

And with the Mini Cooper S Roadster Cabriolet, they got it very right indeed: driving a Mini is quite unlike anything else.

You’ll never get tired of revving that perfect little 1.6-litre turbo petrol engine and throwing the car into the next corner; the convertible really has that chuckable, go-kart feeling. What’s more, though it’s a small drop-top, it’s still has plenty of trunk room. So, put the top down, pack the luggage and drink in uninterrupted views of Cape Town’s dramatic vistas as you cruise around Africa’s southernmost region.

And, don’t forget, according to some research we haven’t done, there is not a single lovely lady on this planet who doesn’t like the Mini Cooper S Roadster. So, if flying solo, you should have no problem convincing some of the beautiful inhabitants of Cape Town to go for a spin in the cute little convertible you’ve hired.

On that note, Cape Town has some of the world’s most magnificent beaches, and what better way to arrive than in a Mini Cabriolet? It’s almost too good, the sun shining, you pull up with the top down, styling in your sunglasses, ready to spend the day at Clifton. Okay, this is getting a little Baywatch now, but you get the picture.

Status Luxury Vehicles (SLV) is CapeTownmagazine.com’s preferred car hire company, has a Mini Cooper S Roadster Cabriolet for hire in Cape Town. Though, if you need a bit more room, the rental experts also have a four-seater Mini convertible for hire.

Key Tip: As a CapeTownMagazine.com reader you’re entitled to discounted rates. Simply ask about specials when booking. To book, phone +27 (0) 21 510 0108 or email info@slv.co.za. 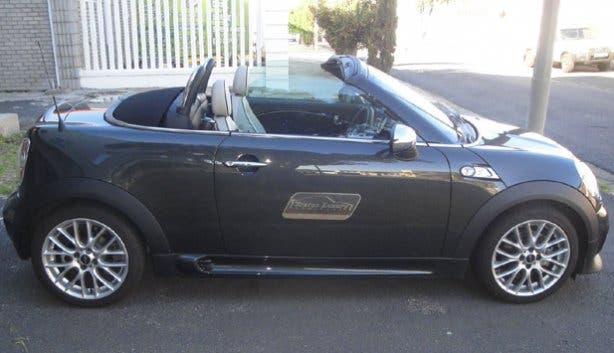 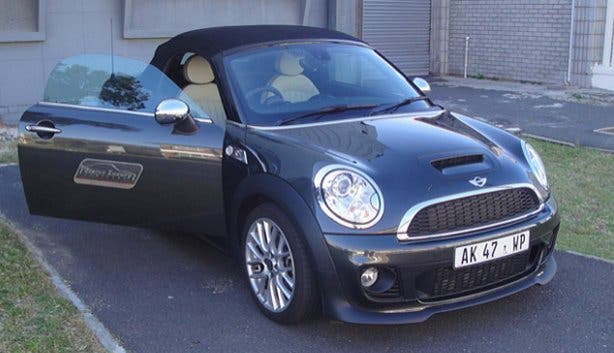