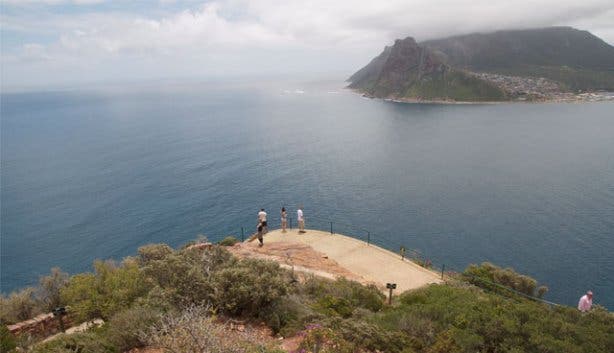 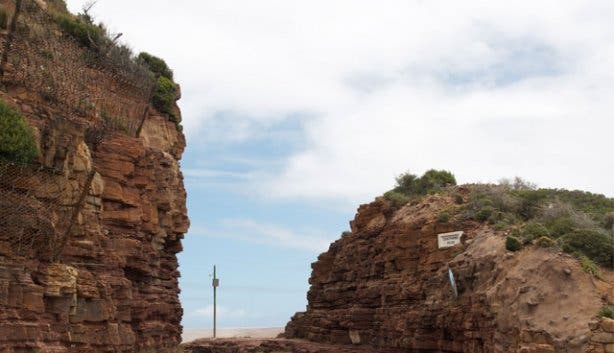 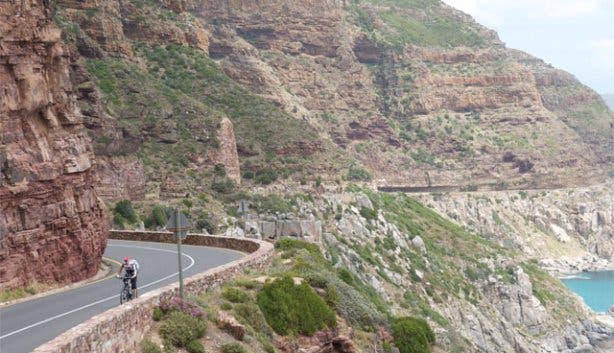 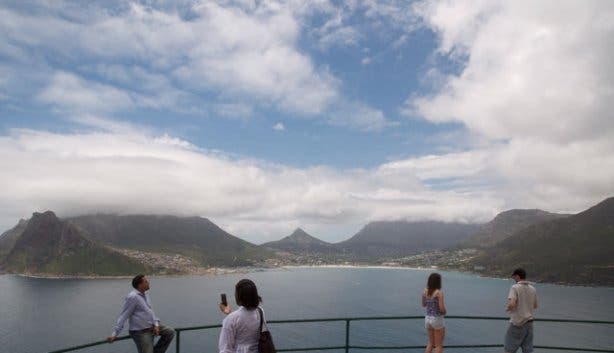 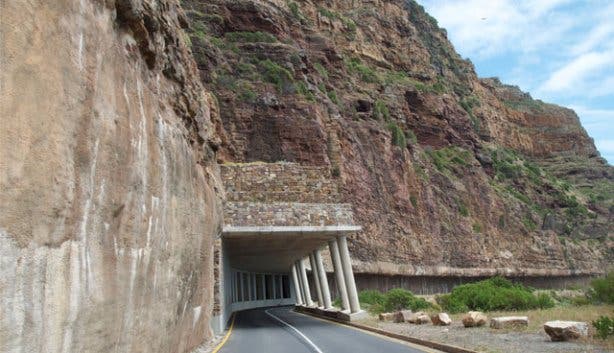 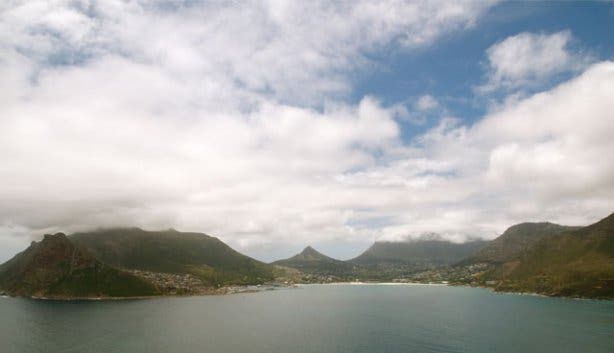 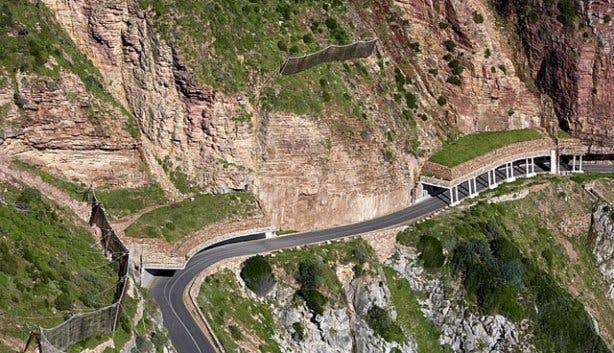 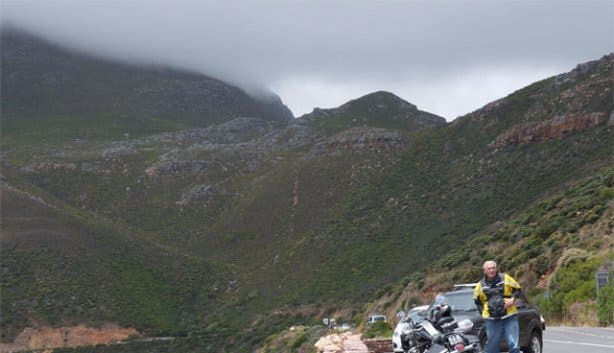 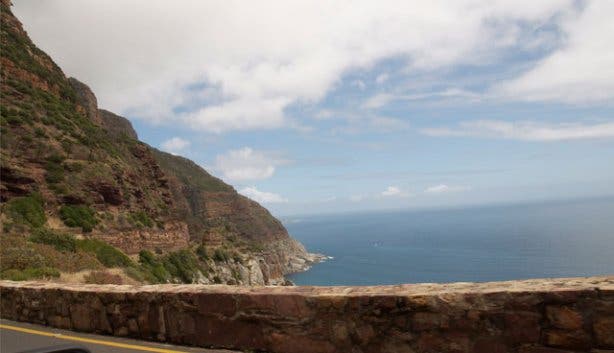 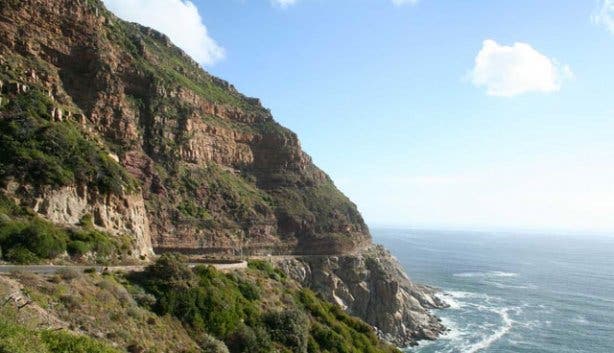 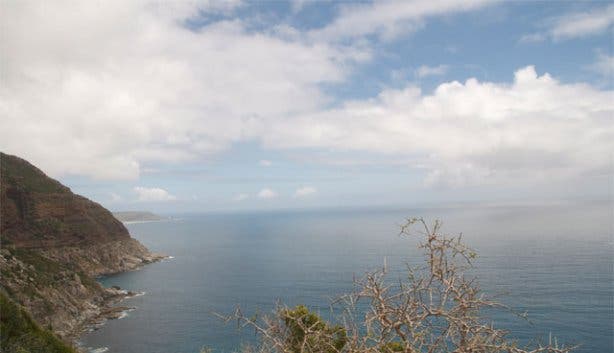 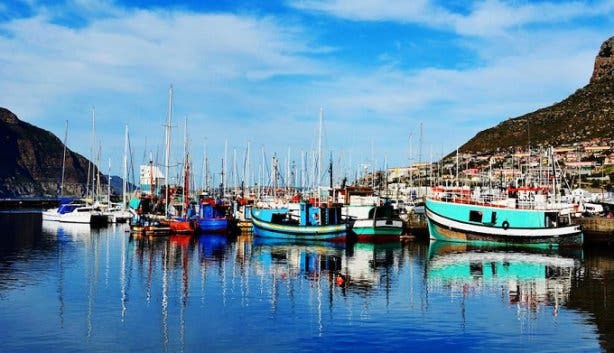 'You gotta do Chappies' is a common refrain to hear in Cape Town. 'Chappies' is local speak for Chapman’s Peak Drive, and it's one of Cape Town‘s most famous landmarks. It's nine kilometres and 114 curves of breathtaking scenery that takes you from Noordhoek to Hout Bay or the other way around. Some say it is one of the most spectacular marine drives in the world.

It's the views that make it so special

Welcome to paradise. Here you've got the Atlantic Ocean on the one side, mountains on the other - to be exact, the mountain range is the southerly extension of the Constantia Berg (593m high). It's worth stopping the car to burn this postcard picture of natural beauty in your mind. No matter how many times you’ve seen Chapman’s Peak Drive in movies and adverts, it’s something you just have to experience first hand. It's a moment when you'll feel 'life is good'.

It’s worth setting aside at least half a day or even a full day to for Chapman’s Peak Drive. About 25km south of the Cape Town CBD, it’s one of the most appreciated experiences on any Cape Town itinerary, a "must-do". Take a picnic basket and stop at one of the picnic spots or view points. During late winter and early spring, you even have the chance to spot southern right whales.

The Chapman’s Peak Drive has an interesting history. It was the brainchild of Sir Frederic de Waal, the first administrator of the Cape Province (De Waal Drive in Cape Town was named after him). Work on the route began in 1915 and the formal opening took place in 1922.

In January 2000, rock falls caused the closure of this national treasure. Public pressure led to the reopening, which could only happen thanks to a feat of astounding engineering vision. A consortium of companies were awarded the concession to restore this mountain pass to its former glory and to put in place several safety measures that would limit further fatalities from occuring. It was one of the most innovative road engineering projects (upgrading and reconstruction) ever to be undertaken in South Africa, and Chapman’s Peak Drive was re-opened as a Toll Road in December 2003.

Chappies: is it public property or privately owned?

Today there’s still confusion about who owns Chappies. While some seem to believe that it is in private hands, the provincial government is the true owner of the road - it is part of the Table Mountain National Park.

Entilini, a private company, has an agreement with the government  to manage Chapman’s Peak Drive for operation and maintenance purposes. Entilini has a complete integrated traffic management system, including weather monitoring , CCTV cameras, variable message signs and a traffic management unit. Any adverse or high-risk weather situations lead to immediate road closure.

The view is the focus, but there are other things to do

Besides the drive and being astounded at the natural beauty and spectacular vistas, there are also a few fun things to do along the way. There are three major picnic areas and 45 picnic areas with small tables situated on the Hout Bay side. From the main and highest view point you can see Hout Bay harbour.

There are also several hiking trails through the Silvermine Nature Reserve and the Cape Peninsula National Park, where you can discover the area by foot. This is also a cool base-jumping spot (call Abseil Africa).

The area is also photography heaven, and will satisfy any buff whether they're into macro shots of the fynbos or landscapes. Chappies is also a popular film location. With its winding road it is an especially popular setting for top brand car commercials.

The villages on either side of the drive are both charming

Hout Bay and Noordhoek are sweet little country-style villages on either side of Chappies. Both have many local shops and restaurants and are interesting to wander around.

Hout Bay harbour is one of South Africa’s most active fishing ports and offers many fish 'n chips shops and places to have a quick beer. You can also look at the yachts from the pier, go sailing or try out some water sports offered in the area.

Whatever you end up doing along the route, Chapman’s Peak Drive is all about the view... Enjoy.

Please stick to the rules, they are there for good reason: the maximum speed limit is 40km/h and don’t stop on the yellow lines as the roads are narrow and it can be dangerous. Busses are only allowed to go through Chapman’s Peak Drive from Hout Bay to Noordhoek.

Every year, two major events take place: the Pick’n’Pay Cycle Tour in March and the Two Oceans Marathon in April.

For more activities in and around Cape Town, check out our events section.