Read on for some wonderful news

Table Mountain has been announced as one of the New7Wonders of Nature along with the Amazon, Halong Bay, Iguazu Falls, Jeju Island, Komodo, Puerto Princesa Underground River.

In an independent impact report conducted by Grant Thornton, a leading tourism hospitality and leisure research company, it was predicted that a R1.4 billion annual tourism return can be expected for South Africa. Basing their projections on the New7Man Made Wonders, in which 100 million votes were cast worldwide, Grant Thornton estimate that tourism to Table Mountain, and thus Cape Town could increase by approximately 20%, resulting in the generation of employment opportunities.

Says Mariëtte du Toit-Helmbold, CEO of Cape Town Tourism: “We are very, very excited about this win! From being awarded the World Design Capital 2014 designation just a few weeks ago to Table Mountain being named one of the New7Wonders of Nature today, Cape Town and South Africa are standing proud! There are many benefits, but our biggest opportunity is job creation potential. In line with Cape Town Tourism’s new brand strategy for the city, we are working with individuals and companies on developing new, interesting and genuine tourism offerings to satisfy our changing travellers’ needs. With the anticipated increase in inbound travel to South Africa, and particularly to Cape Town, there are going to be increased entrepreneurial opportunities opening up.”

On November 7, 2011 Cape Town Tourism launched a bold new brand and marketing campaign for the city at World Travel Market in London. The new Cape Town campaign communicates every facet of what the city has to offer, from tourism and design, business and studies, to the rich diversity of people and it’s natural assets. It forms part of a comprehensive marketing strategy for Cape Town aimed at growing the demand for the Mother City by speaking to a wider audience in new and established international and domestic markets whilst aligning with other sectors beyond tourism, complementing the city and region’s broader economic strategy and aligning with the mandate of the soon-to-be-established Economic Development Partnership (EDP). In addition, Cape Town Tourism has partnered with Johannesburg Tourism and Durban Tourism on a joint domestic marketing agreement that will offer affordable product and destination packages to and within these South African cities, as well as more robust event calendars across the board.

The campaign also gave South African’s the chance to learn more about the mountain. Before the campaign, many people may not have known that Table Mountain is one of the oldest mountains on the planet, estimated to be around 360 million years old. Table Mountain was named a World Heritage Site in 2004 as part of the Cape Floristic Region, the smallest and richest of the only six floral kingdoms on the planet. It supports natural forest and indigenous fynbos along with a variety of animals and birds, including 8 200 rare and endangered plant species. Table Mountain is the only terrestrial feature on our planet to have a constellation named after it. The southern constellation Mensa (originally Mons Mensae – Latin for “the table mountain”), was named in 1754 after the increasingly world-famous landmark in the then “Cape of Good Hope”. It was a symbol of hope for freedom fighters jailed on Robben Island. Table Mountain is a recognised as a global icon, visited by millions of people each year and attracting the attention of royalty, sports stars and Hollywood celebrities. It is one of the most photographed sites in Africa. 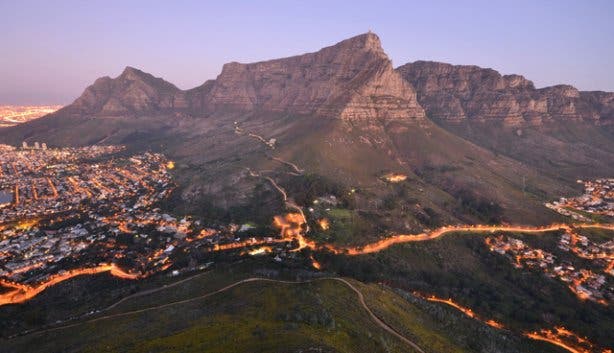 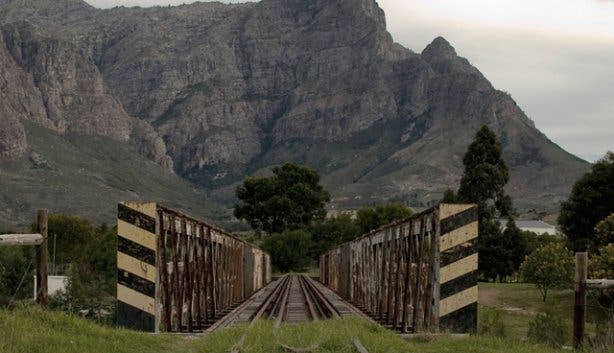 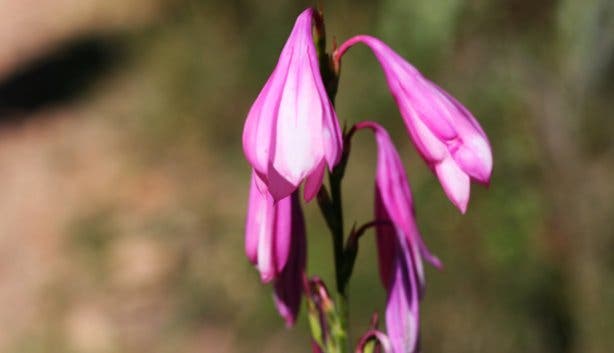 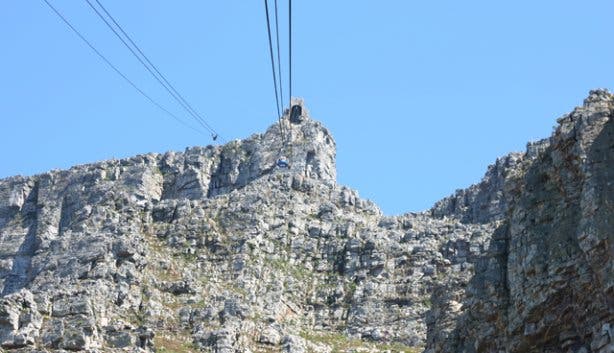 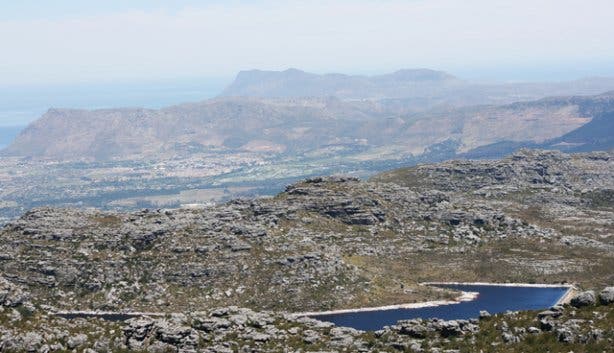 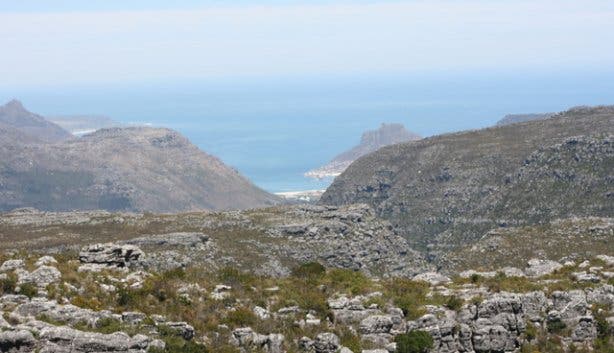 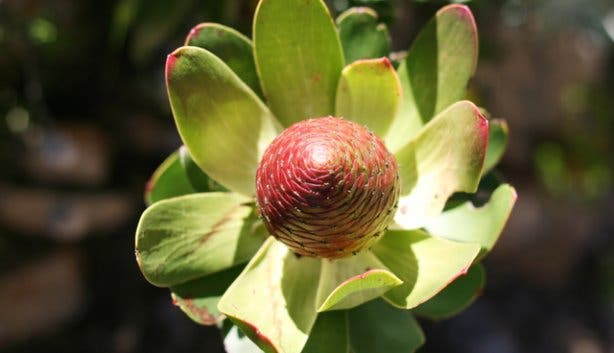