Check out the Road Closures for the 2013 Old Mutual Two Oceans Marathon in Cape Town.

A record number of 23 000 athletes will line up at the start of the Old Mutual Two Oceans Marathon 2011.

The Two Oceans Marathon began in 1970 and was never intended to be more than a training run for Comrades. During the last 40 years, Gabashane Vincent Rakabaele became the first black runner to run an ultra marathon in 1976, Janet Bailey became the first woman to run under five hours in 1978 and Thompson Magawana established a course record of 3:03:04, which has yet to be broken, in 1988.

Those not pounding the pavement will have to make way for runners. Traffic going towards the city will be diverted through Fish Hoek, along Main Road to Kalk Bay, and then along Boyes Drive to Lakeside. From there, drivers will be directed to the Blue Route.

The following roads will be closed on Easter Saturday, 23rd April 2011:

Main Road, Muizenberg, to Fish Hoek: Motorists travelling South and North will be diverted over Boyes Drive to Claivaux Road, and then via a stop-go system to Clovelly Road.
Times: 07:00 – 09:15.

Ou Kaapse Weg: From Steenberg Road Southbound; from the corner of Silvermine Road and Ou Kaapse Weg Southbound. Northbound traffic will be directed via Buller Louw to Ou Kaapse Weg. Expect delays and a stop-go system between runners and cars after 09:30.
Times: 07:00 – 09:30.

Hout Bay Road: From Victoria Road Circle to Disa River Road will be closed to traffic and runners will be on the left hand side of the road.
Times: 07:45 – 12:00.

Hout Bay Road: A convoy system for motorists will operate from Disa Road to Constantia Nek, under the direction of the Traffic Department. Runners will be on the left hand side of the road.
Times: 07:45 – 12:15.

Rhodes Drive: From Constantia Nek to Cantebury Road Circle (both carriageways) will be closed to traffic.
Times: 06:00 – 13:00.

Rhodes Drive: From Cantebury Road Circle to Union Avenue will be closed to Northbound traffic and runners will be on the left hand side of the road. Kirstenbosch Gardens and Restaurant will be open to the public.
Times: 06:30 – 13:30.

Union Avenue to UCT: Inner lane will be coned from athletes, while the outer lane will remain open at all times for motorists travelling to Cape Town. Motorists are advised to drive cautiously. Rhodes Memorial Restaurant will be open to the public.
Times: 06:30 – 14:00.

Residents are requested to use the following side roads for the duration of the race:

Between Klipper and San Souci Roads.

From Atlantic Road, Muizenberg, through to St James and Kalk Bay, until the police station just past Clovelly Road in Fish Hoek.

Kommetjie Road from 17th Avenue through to the Fish Hoek Circle (runners will be running towards Sun Valley, facing the traffic within one lane, which will be coned off).

Delays can be expected for the duration of the Old Mutual Two Oceans Marathon and organisers appeal to motorists to avoid using roads that lead to the race route. Motorists are urged to comply with the directions given be traffic officers and marshals. Road signs will be in place during the week prior to the race, advising motorists of the road closures.

Keep up to date with the latest happenings in Cape Town and surrounds by visiting our news section. 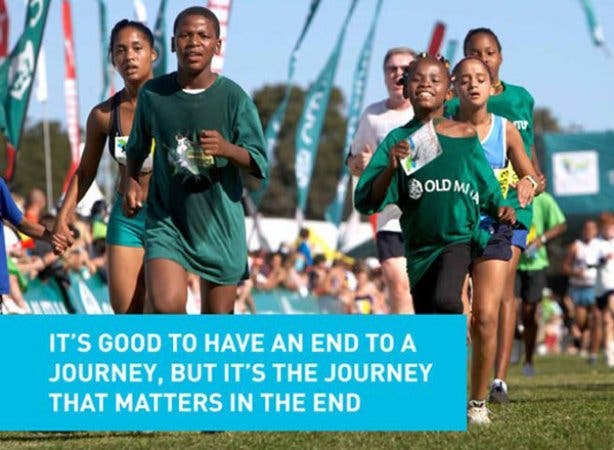 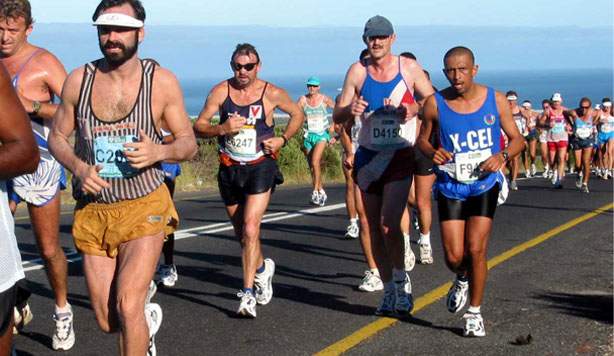