Sunday 12 March 2017 history was made; not the history over 35 000 thousands avid cyclists wanted, but nonetheless history was made. After 40 years of the Cape Town Cycle Tour, it was cancelled due to numerous reasons which were factored into the final decision.

As you can see in the video posted by Heino Jansen van Rensburg, the extreme weather played a massive role in the cancellations of the event. The video shows gale-force winds pushing cyclists back, while they hold their cycles in their hands trying to out-maneuver the wind.

The organisers had warned riders before the event that there were poor weather conditions as the South African Weather Service had predicted winds speeds approaching 50km/h. However, participants were faced with gale force winds of up to 100km/h.

The video posted by Heino Jansen van Rensburg shows the power of the winds tipping over a bus with cars behind it, on the Huguenot Pass.

Thanks to 111Steyn, you can see the cyclist trying, but failing to out-walk or cycle the wind.

Another factor which contributed to the decision to cancel the event was the fire which had broken out in the Hout Bay area, which required emergency vehicles to use the blocked off lanes. The Cape Town Cycle Tour Trust in light of this information opted to scrap the race.

On Sunday they made a statement where they said that there were “a number of challenges [were] presented, not least of which were wind speeds considerably higher than predicted[...]” combined with the large fire which broke out in Hout Bay in the early hours of Sunday morning, and the added risk of protest action en route further contributed to this decision.

Here are some more videos to show the extent of the wind’s impact on bikers trying to navigate away from the starting point.

Get the latest info about the Cape Town Cycle Tour and a detailed breakdown of expected road closures. 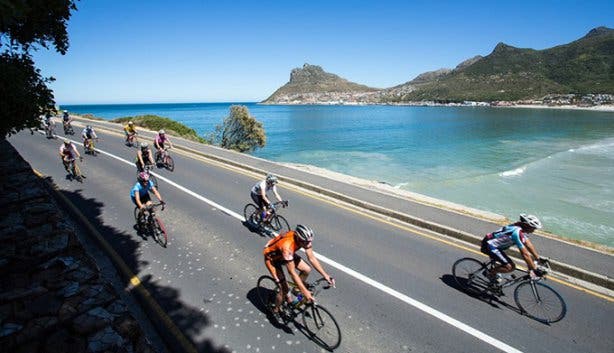 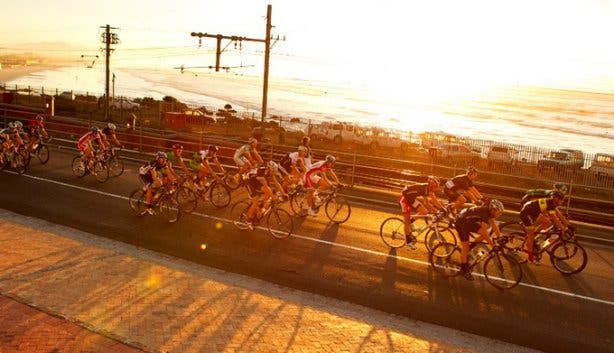 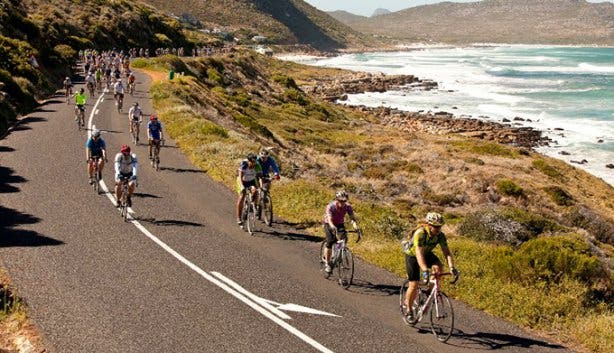