Learn more about this tech company that grows your EQ and is passionate about mental strength.

The Mother City strikes again. According to a recent report by Savills, a global property firm, Cape Town features among the world's top Tech Cities. The report titled, Tech Cities 2017 ranked Cape Town as number 22 along with Santiago and Buenos Aires. The ranking recognises major tech hubs with potential as rising global players.

The report states that Cape Town is one of Africa’s most popular tourist destinations on top of being one of the tech hotspots. The title of hottest tech environments was aided by the French Tech’s recently-launched incubator in Century City - the incubator launched in 2016, connected entrepreneurs from France and South Africa. The Western Cape is known as the “digital gateway to Africa” and is home to four of the top universities in Africa along with a figure of 59% of South Africa’s start-ups initiated here.

The Savills Tech Cities report explains the variety of diverse factors which make places a good location for the tech sector. The rankings have placed Austin and San Francisco at the top two positions on the list, with New York closely behind at third.

How does London compare to Dublin in our #TechCities rank? Find out on our interactive website: https://t.co/SB0lVBU0D7 pic.twitter.com/LMNoDeSYIL

On many tech averages, the mother city seems below the average of all the cities. However on the ‘buzz and wellness’ section we're achieving higher than average scores. Wellness includes quality of parks, health of the urban environment, healthcare, pay equality and commuting times while the ‘city buzz’ looks at nightlife, cultural and entertainment options. The city is below average on cost of living in terms of commuting. Here the report looks at the transportation cost of a one-way ticket on public transport.The average cost across the cities is $2.13 and we have an average of $0.77

Our talent pool is also above the average and we have a high ratio of millennials (15 - 35 years old) in our talent pool. This shows that the youthfulness, tech educational credentials and ability to attract talent is high. Cape Town’s ratio is 2.2 whereas the average is 1.3.

Cape Town is widely considered to be a tech and e-commerce hub within South Africa according to the City’s Economic Performance Indicators Report. This makes it, “an appealing destination from which to run an e-commerce business” according to Dr Andrew Golding, chief executive of Pam Golding Property Group which is in association with Savills. 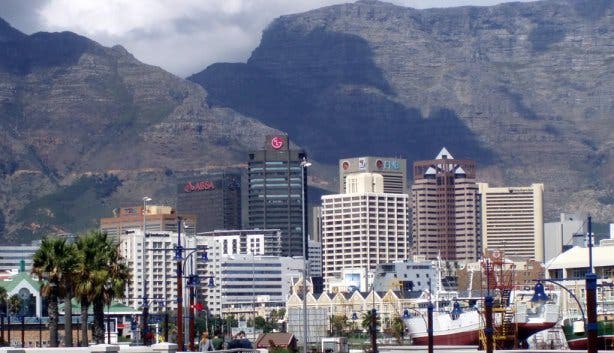