7 Impactful Shots of the Devastating Fire in Gordon’s Bay ...

On Tuesday afternoon, 7th November 2017, people in the central Cape Town and CBD area might have seen the sky turn to an apocalyptic shade of orange, blanketing the city with smoke and soot. This was due to a fire that had broken out on Sir Lowry’s Pass in Gordon’s Bay.

The blaze had taken the properties of a few residents in the area as high winds accelerated the spread of the fire to Simon’s Town and another fire had started in Red Hill in Scarborough later on Tuesday night. Parts of the N2 had to be closed and some sections of the Gordon’s Bay area were left without electricity as well.

We’ve gathered 7 Instagram posts which people in the area had captured, illustrating the extent of this heartbreaking event.

A post shared by Monique de Beer Photography (@moniquedebeerphotography) on Nov 7, 2017 at 10:37am PST

Are you on Instagram? Use #capetownmag in all of your pictures of Cape Town to stand a chance to be featured, and don't forget to follow @capetownmag on Instagram to see images from all over the Mother City.

7 Impactful Shots of the Devastating Fire in Gordon’s Bay ... 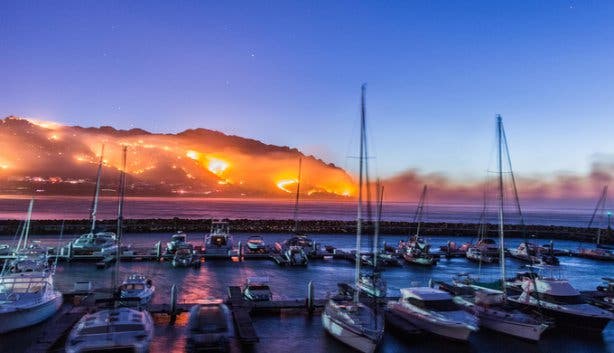