Cape Town is set for a third major upgrade for R1-billion. The rezoning application and proposed developments are specifically reviewed in terms of the impact realm and the forecourt.

A few months ago, the rezoning of 35 000-sqm of the forecourt area west of the Cape Town station was approved from a transport zone to general business, to develop a 120-room hotel, office and retail complex costing R1-billion.

The first phase of construction is to be completed by mid-2019 while the leasing agreement of the full development site was under discussion between PRASA and developers to lease the complex for a period of 45 years.

The rezoning, which is yet to be considered, paves the way for a consortium of three property developers to submit building plans for the development of over 27 000-sqm of office space, 17 866-sqm of retail area, 175 parking bays and a 3000-sqm medium-range business hotel over three levels. 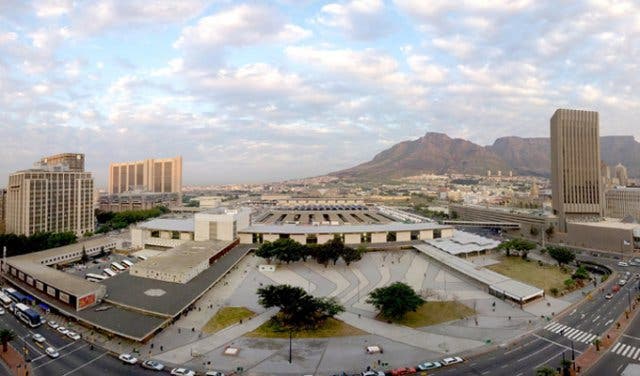 This is the third major upgrade the forecourt will undergo after the R408-million overhaul of the station for the 2010 FIFA World Cup, including the Adderley and Strand Street concourses, which were completed in 2011, followed by the R126-million redevelopment of the Parade concourse, which was completed last year.

The development is expected to promote business and economic opportunities within the City’s densification policy. The concern is the proposed impact on the public space, of the forecourt, both positive and negative; positive in the sense that more activity, lighting and density may increase the safety for all commuters; while negative, being the potential reduction in the space, be it formal or informal.

Impact on Public Space: For the redevelopment of the forecourt station, the conditions contained within the site Development Plan conditions of approval include:

JONO Trust planners (acting behalf of PRASA), in their rezoning application, broadly agree with the conditions above, and see the station forecourt as “a key open space in the city that must accommodate for a range of civic and pedestrian uses.”

Their application includes reference to the re-design of the forecourt, which notes that it will be achieved:

In relation to existing and desired pedestrian flows, the applicant:

Furthermore, the forecourt will be reduced and reshaped, keeping the station precinct as a valuable open and public space.

The City of Cape Town Environment Resource Management added that the view of Table Mountain is significant and has to remain. In response, height datums (by Heritage agencies) have been established in order to protect the view. Another point was raised about the pedestrian area that should be clearly separated from the vehicular area of the forecourt.

Want to read more news on what’s happening in the Mother City? Check out Only 100 Days of water for Cape Town 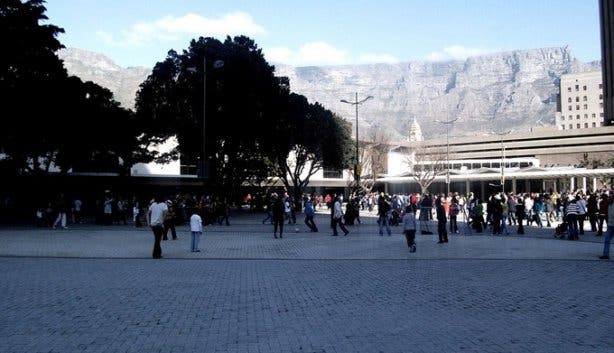 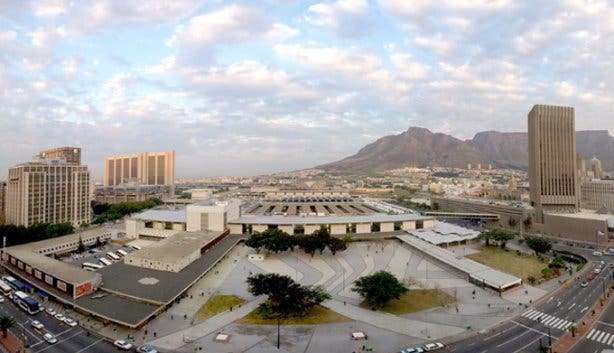