Some insight into the World Cup anthem ‘Waka Waka’, an international tour and Radio Africa

‘Waka Waka,’ a collaboration between Freshlyground and international superstar Shakira, has been officially marked as the World Cup anthem. The song will be performed live on 10 June at the official FIFA World Cup opening concert as well as before the official kick-off of the World Cup final in Johannesburg on 11 July 2010.

John Scharges caught up with drummer Peter Cohen from Freshlyground ahead of the World Cup and the release of their new studio album, ‘Radio Africa’.

CTMag: Tell us a bit about the song with Shakira, and its use as the 2010 FIFA World Cup Anthem?

Peter: This opportunity fell into our lap – when we were in New York making Radio Africa and we landed up working with her producer, it was total fluke... He was three floors down and he came down and said to our producer – I’m working on this track for Shakira and I need something South African ... And our guy said – well I’ve got this band right here, maybe u want to meet them? Maybe something could come out of it?

So we listened to the song, worked on some ideas and he came back and said he wanted to record it all, ‘everything I’d heard here.’ So we heard nothing back about it for three months, then the other day we get an email from Sony saying that Sony and FIFA have chosen the Shakira song featuring Freshlyground – ‘Waka Waka’, for the official 2010 FIFIA World Cup anthem.

CTMag: That’s amazing; this is a potentially huge, career influencing opportunity for you

Peter: I just love the way the whole thing happened – just right place, right time. I mean, if we hadn’t gone to New York to mix our album, it wouldn’t have happened. We never thought the World Cup was going to change the trajectory of our career, but yeah, our name will now be out more than we would ever have been able to put it out ourselves.

CTMag: So are any members of the band soccer fans?

Peter: I’m a sports fan, and I’m going to the first game.  I’m patriotic – it would be nice to see our team win a few games.

Peter: The tours not specifically for Radio Africa – we always go to Europe in the summer. We’ve got about four or five trips in the next few weeks

Peter: Oh yes, very – we’re constantly busy. It’s a good thing! You have to be busy or you don’t eat... and I’ve been a professional musician for 30 years. It’s quite amazing for me to be able to still be doing it.

CTMag: Do you enjoy the touring?

Peter: I do, I love touring, in a way it’s more focused – you’re not trying to be creative – it’s not stressful that way, gigging, you’re doing your daily job. Whereas when you’re recording or writing you’re pulling a different energy out. I absolutely love playing live – It’s the reason I still do this thing.

CTMag: Does the band have any pre-show rituals?

Peter: We generally have a bit of a huddle. I mean, we don’t do the Haka! We generally have a bit of a ‘’guys, love you all’ it’s important – like any team it’s important to know the guys that you’re working with are behind you – especially if you mess up. You don’t want someone turning around and glaring at you – you want someone to laugh with you.

CTMag: How do foreign audiences react to Freshlyground, for instance songs in Xhosa?

Peter: The audience that we play to... we play to quite an, I suppose educated audience... almost a world music circuit and the people are kind of open minded, the audiences we’ve been exposed to. They let it come at them and then make a decision; they don’t come with any preconceptions. They come to a gig looking for an experience rather than thinking they know what it’s going to be like be.

CTMag: How much do you use an audience as a litmus test for new material?

Peter: We do a bit... but if we really like something then that’s good enough for us... last year we did a lot of shows at the Waiting Room, with new material, stuff we could hardly play, and a lot of those haven’t made it onto the record... ha-ha... but at the same time a lot have.

CTMag: You were also in Big Blue (who brought us the huge hit, weeping) is there a set formula for a successful band?

Peter: I’m not sure... it’s a combination of things. Being able to play of course is the first thing... but you also need to be able to get on with people. Practice rooms can be volatile environments.

Obviously you need to deliver musically, that’s the basic requirement. As far as longevity... there can be people who don’t get along with you, who don’t know how to gel... we wouldn’t be in a band together if we didn’t get along. We have good times.

CTMag: It’s a big band (Freshlyground has seven members) – how do you stop personalities from clashing?

Peter: I think it’s also got to do with the wide spread of ages... the gender spread, having two girls as well helps to keep the testosterone down as well. We’re a mixed bag as well, and it works... we run a good democracy - you get to see how hard a democracy is to run for a country. If you’re struggling with 7 people... well, you know, a whole country would be quite a big challenge.

CTMag: What does the song writing process involve for Freshlyground – I would guess it’s predominantly a big jam that leads to different ideas - does anyone play a more dominant role song writing wise?

And then Zo (Zolani) will write lyrics over that...  She can write lyrics on the spot, and very quickly – she might change them at a later stage. But she’s a great writer. She’s an actress, a singer – an all round performer. And an amazing energy to work with.

CTMag: For that matter, how do you resolve creative decisions, or differences?

Peter: Well, we spend so much time in the rehearsal room thrashing ideas out... I guess it boils down to respecting one another – having a way of telling someone that you don’t necessarily agree with what they’re doing (musically) without them thinking that you’re attacking their entire makeup, their entire reason for being alive.

It’s a difficult process, song writing. I think that’s what the core of our presence is really. We don’t come up with songs no-one’s going to listen to.

CTMag: Tell us about Radio Africa (Freshlyground’s 4th album) itself – was it different at all this time around?

Peter: We recorded radio Africa here in our rehearsal studio on Long Street. We worked with a producer who’s a French guy but lives in New York. He took all the tracks to New York, 'cause he’s got a studio there. The albums still freshly ground, but almost more mature... it’s also very African.

We’ve really enjoyed the process of making it - its always emotionally draining, but it’s been lekker. But it’s been fun playing the new material live too. It’s got a lot of indigenous, ethnic instruments – it doesn’t have anything fake – a very real album. A very organic, live sounding album.

It’s rawer in a way – tougher in a way. But obviously still has lots of beautiful melodies. I find it has more attitude. I hope people will like it.

CTMag: So how do you guys relax in your down time then? Generally speaking...

Peter: Well, it’s a short break, but it’s valuable, it’s nice. But it’s always great when we get back together again as well.

I guess that’s when things will start feeling... long in the teeth. When we don’t feel that anymore. A lot of bands stay together either because they love playing together or they’re making a lot of money. I mean, we at the moment are making enough to live... But not enough to buy islands.

CTMag: Favourite venues to play or notable stand out gigs?

Peter: I love playing in New York... there’s a certain energy out there. There are so many good musicians playing for their lives, quality stuff – it gives you an adrenalin rush.

I also enjoyed Paradisio in Amsterdam, love to play there.

Kirstenbosch is always lekker, the gig on... I think the 10th of January, I really enjoyed that. I kinda grew up in that area, so there’s a lot of history for me, to be playing my drums in the foothills of nursery ravine, it’s quite lekker. I like the Spier amphitheatre, very nice.

And we’re doing the Radio Africa launch at the assembly- which I enjoy as well.

CTMag: Any set goals for Freshlyground?

But I think you just need to put your head down and keep at it. I just want to keep playing music.

For more on the FIFA World Cup song by Shakira featuring Freshlyground, read our update on ‘Waka Waka’.

Be sure to keep up-to-date with who’s doing what in and around Cape Town by subscribing to our monthly Editor’s Picks Newsletter! 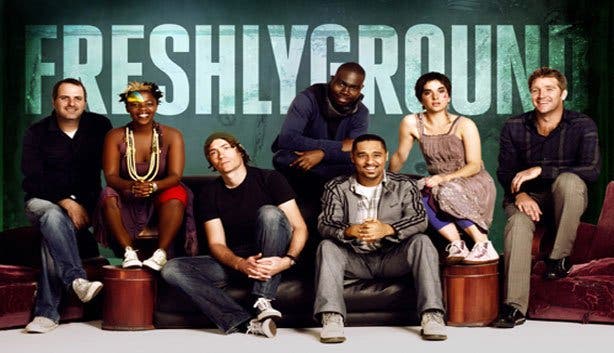 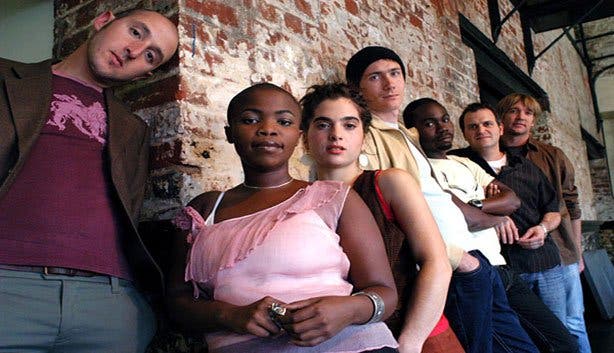 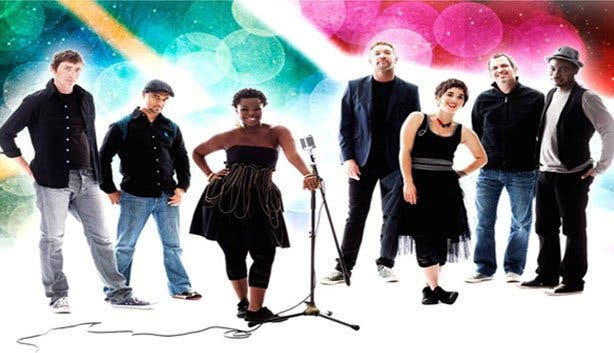 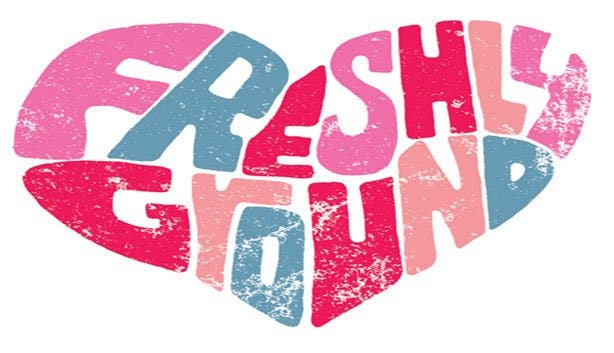