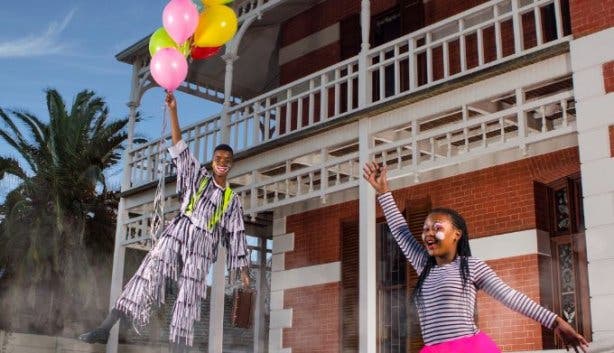 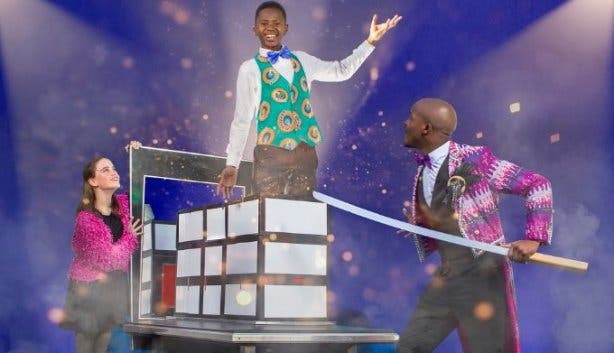 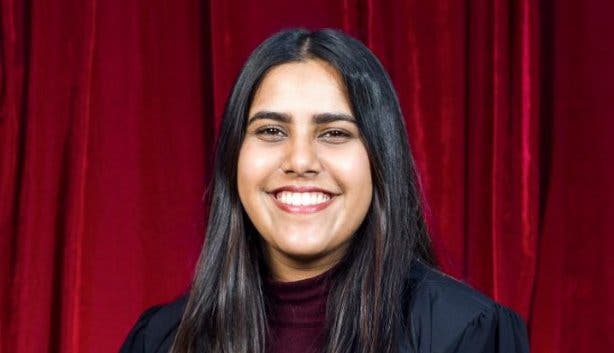 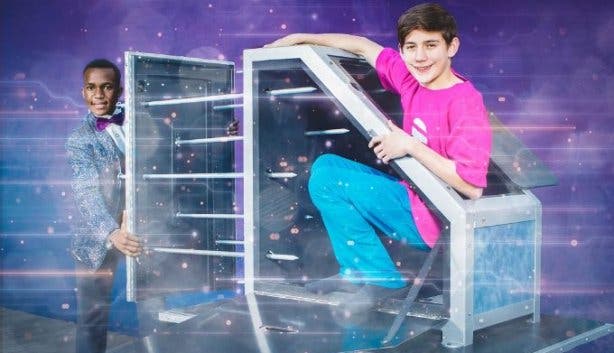 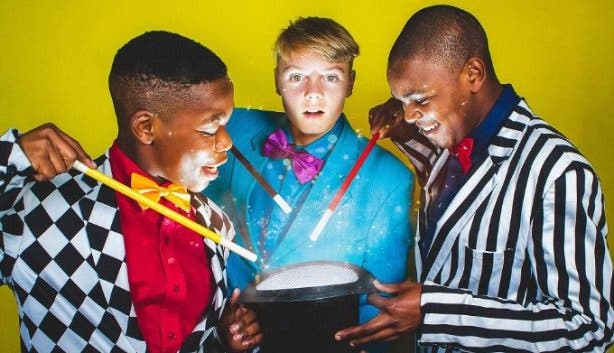 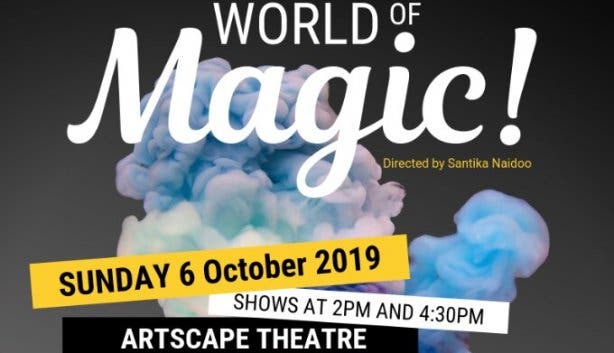 World of Magic! Is also the largest all-female magician act in South Africa

Caught the children in your life twiddling a stick around and whispering, “expelliarmus”? Book The World of Magic! show at the Artscape Theatre on Sunday, 6 October. The city’s most magical entertainers, illusionists, clowns and jugglers will be there, ready to transport them (and you) to a world of fantasy and fun.

The show features at the Artscape Theatre at 2pm and 4pm. 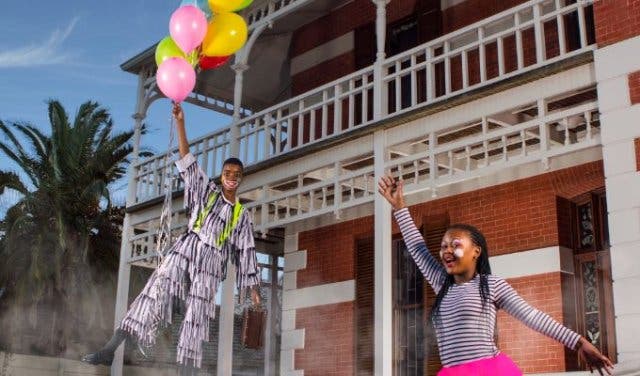 ONCE UPON A TIME THERE WERE FOUR CHILDREN...
World of Magic! Is a story about four children who love to explore, and two magical 'tour guides' who lead them through different magical worlds. It differs from other shows produced by the company in that it follows a narrative, plus new illusions have been built especially for the performance.

“World of Magic! draws inspiration from the child-like wonder that many of us have experienced in our lives, and that our younger audience is basking in at the moment,” says Santika Naidoo, from the College of Magic and director of the show. “We hope to transport our audiences to 'worlds of magic' where they can rediscover and broaden their inherent inquisitive nature...” 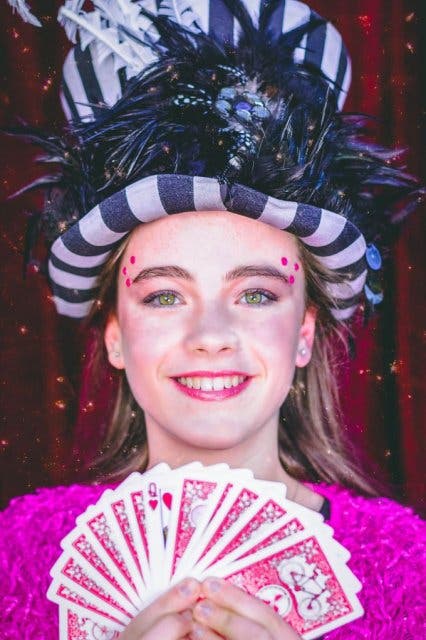 LEARN TO MAKE A REAL WAND, AND USE IT
There’s a Sideshow Spectacular and Wand-making Workshop before the show and during the interval. The Spectacular gives the audience a chance to experience magic close-up and interact with puppeteers and ventriloquists, while the workshop gives children a chance to assemble their wand-making package (which comes with the ticket) and decorated it. Best news of all: it can be used in the show to create magic, and it goes home with you.

Seating is reserved, but it’s best to arrive early for the Sideshow Spectacular and Wand-making Workshop. 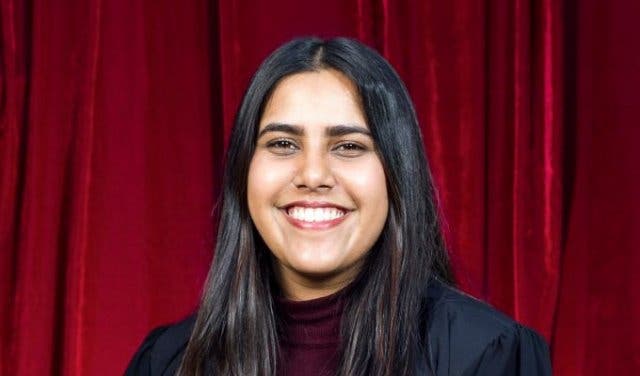 WOMEN MAGICIANS, THIS FEMALE DIRECTOR IS ON YOUR SIDE
World of Magic! Is the first large-scale magic show to be directed by a female director, plus it has the largest all-female magician act performed in Cape Town and South Africa, joined by male performers in other acts. Santika, a graduate of the College of Magic and a member of its voluntary teaching staff, is a full-time student finishing a Bachelor of Arts in Film and Television, Psychology and Organisational Psychology at UCT, and is passionate about changing the roles of women in the male-dominated magic industry.

“We’re specialising in making the impossible possible at the College of Magic, and having spent years training under the tutelage of strong female magicians, I look forward to producing not just World of Magic!, a spectacular show, but also helping our young girls find their own voice and performance styles, joining the show’s amazing, diverse cast,” says the excited director.

Santika, who trained as a magician at the College of Magic in Cape Town, was inspired and motivated locally by South African female magicians Marian Williamson, Michelle Gore and Hayley Tomes and internationally, by Australian female magician, Lee Cohen. 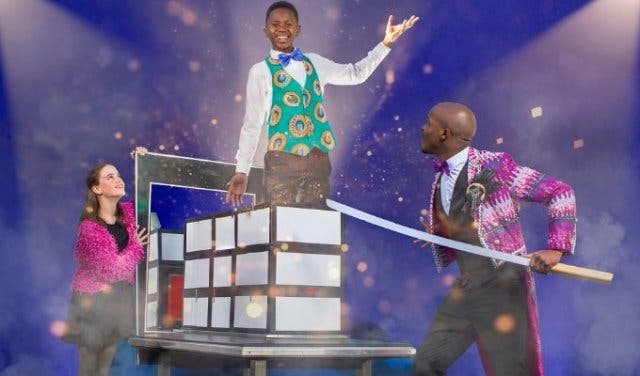 ATTENDING WORLD OF MAGIC!
Tickets for World of Magic! are available from R165 with discounts for family bookings online. For more information, contact the organisers directly on +27(0)21 683 5480. 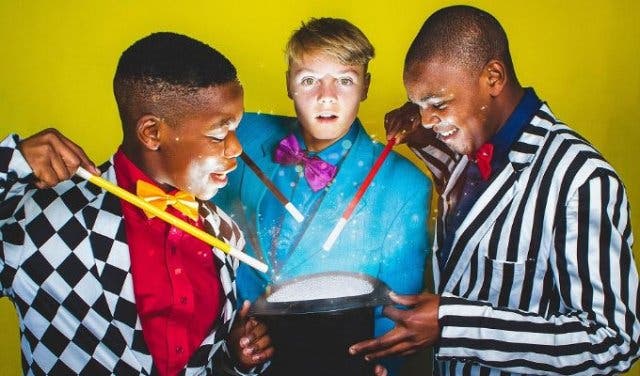 If you love musicals and theatrical productions, check out our overview of theatres.