Quality and artistry by some of Cape Town’s culinary experts

One lazy Saturday afternoon, my partner and I were strolling along Main Road, Seapoint, looking for a place to eat that evening. We stumbled across a rustic, European bistro, characterized by large wine barrels on the outer pavement. Couples and groups of friends were indulged in conversation in a romantic, low-lit space that looked cosy and inviting. The menu offering was casually written on a blackboard that rested against the wine barrels. Culinary delights such as, chicken liver parfait and balsamic beef filet had us assuming that this restaurant must be terribly overpriced. But when we actually saw the price, we had to do a double-take – R110 for three courses!

La Boheme, opened in June 2009, is a collaboration between owners Faisal Khakoo, a wine expert from Caveau and Anna Rascola, a tapas expert. They are joined by bistro chef, Adele, from 96 Winery Road. Yes, the restaurant is a bistro concept that offers everything from French, to pasta, to curry, to confit duck, but all of this delicious food is offered at low prices. They pay keen attention to detail and quality, but in doing so, they are not trying to compete with Cape Town’s fine dining establishments. Presentation is something that comes naturally, as we found out when chose to dine there that evening.

Upon our arrival, we were seated in the bustling indoor section and handed our menu (the restaurant also offers outside seating which is well heated). Right from the get-go, I noticed that staff seemed to pull together as a team to bring us bread, clear our plates and take our orders. They’d have a thing or two to teach other restaurants in the area, as the service was efficient and the staff were knowledgeable about the menu options. The owners themselves even paid us some attention.

The waiters had placed the blackboards in front of us and we browsed the culinary delights. Faisal told me that this menu changes as often as every two days, depending on seasonal ingredients (so, that explains why they don’t have a fixed menu). Of course, this must give them the freedom to experiment with the menu options and I, for one, would be inclined to return to a restaurant that held some new surprises for me. Faisal also told me that supplies are usually purchased in smaller quantities, to retain freshness and quality. For example, if fish is not used, it is used to create fish cakes rather than frozen for re-use.

We could certainly appreciate this attention to detail and quality in what we ordered. To start with, I ate Chorizo and Onion Spanokopitas -  delicate parcels made with corn and cucumber and complemented by a delicious dollop of home made, garlic-infused humus. The fillings change seasonally (expect onion and feta, or spinach, for example).  We’re still relatively new to South Africa and have developed a love-affair with South African meat, so my partner and I were delighted to find Ostrich Meatballs on the menu. We tucked into a generous helping of fresh tagliatelle (literally rolled that morning), smothered in Napolitana sauce with subtle hints of cumin, garlic and coriander. Our plates were every bit as artistic as it was mouthwatering. We also noticed a tapas menu, which we’d be keen to try when we return for round two (probably within the next week or so).

I let out a satisfied sigh as I laid my knife and fork on a very empty plate and took a sip of Pinotage (only R35 per glass). We were surrounded by rustic décor with a European feel, characterized by older looking walls, minimalistic décor and low-lighting. Faisal told me that the Picasso-style paintings that adorn the walls are by a local artist from Seapoint, named Charlie. We felt relaxed in this intimate space and conversation (mainly about the delicious food) flowed freely. The tables inside are positioned in such a way that you are in close proximity to other patrons. We got chatting to a cute couple on the table next to us, who are regular patrons at La Boheme. As we were bombarded with an extensive list of decadent desserts, they helped us narrow down our options.

I have a penchant for coffee and Kahlua is one of my favourite liquors, so La Boheme’s Kahlua Tiramasu definitely topped my list of dream deserts – gorgeous coffee cream and fluffy sponge. My partner opted for New York-style Cheesecake, which was presented to him in a New York sized portion. Again our plates were completely polished off and we wondered whether or not it was a comfortable enough environment for us to pick the plate up and lick it clean. In fact, I considered ordering an extra desert. For those that don’t quite have the monstrous appetite that we do, those with a sweet tooth may also opt for chocolate truffles, at R3 each.

La Boheme is a stone’s throw away from our Seapoint apartment and I feel as though I’ve been missing out by having not discovered it sooner. It’s a European bistro where conversation comes easily and some of Cape Town’s finest culinary experts come together to marry quality and artistry, for a menu that excites. No other restaurant in Seapoint is quite like this one.

Whatever your food cravings, Cape Town has a variety of restaurants to satisfy even the most refined gourmand. Be sure to read our Eating Out Section 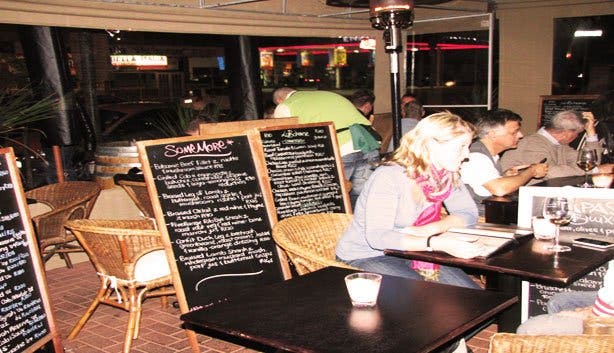 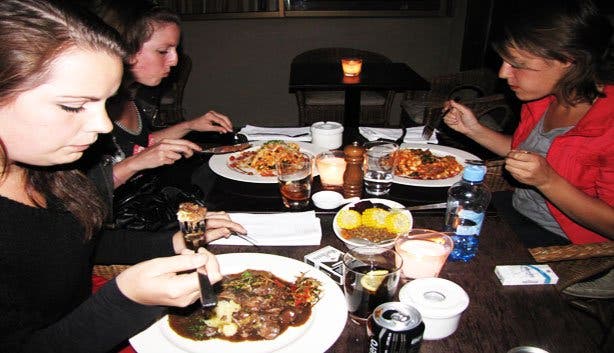 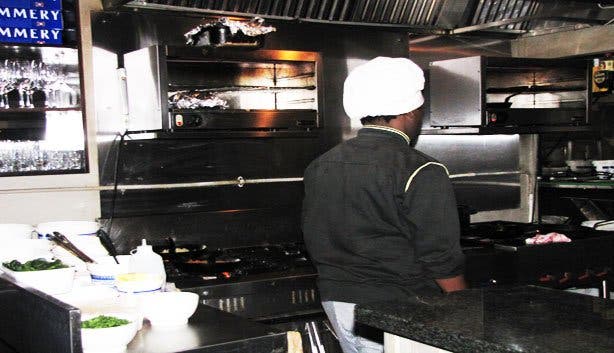 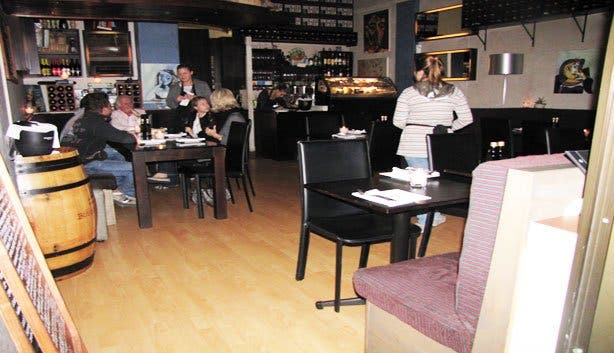 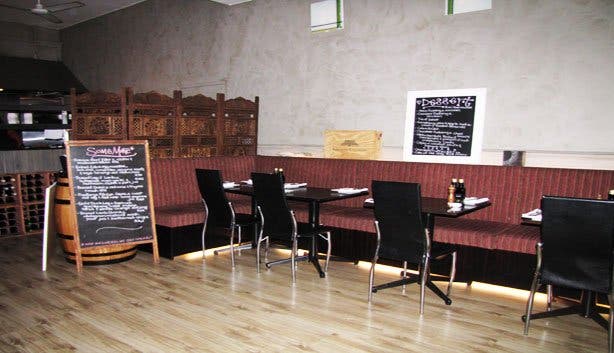