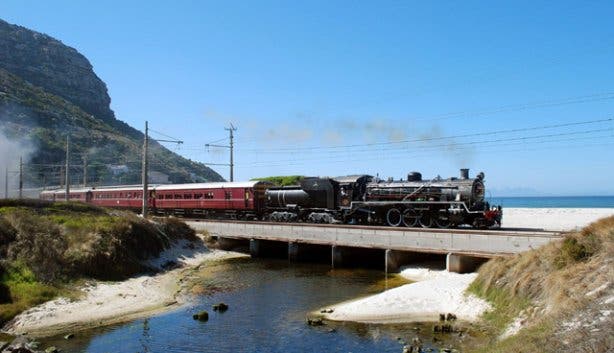 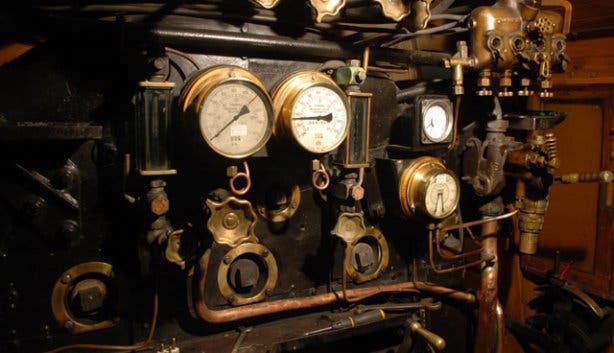 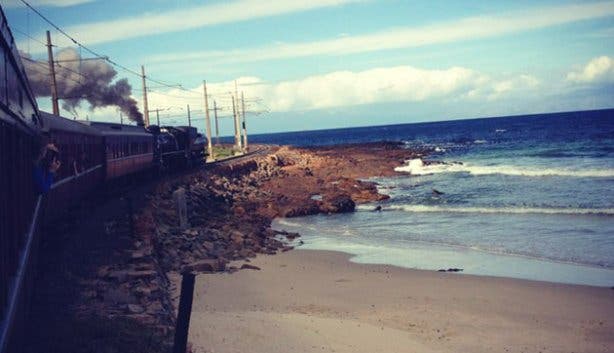 Vintage fun for the whole family

Buxom, beautiful and still hard at work at the ripe age of 63, Jenny hasn’t let the wrinkles of time mar her life’s mission. Quite on the contrary, the old gal exuberantly continues to pull five wooden-bodied vintage coaches jam-packed with kids, families, proud pensioners, eager tourists and long-time railway enthusiasts from Cape Town to Simon’s Town and back one to three Sundays a month.

Though not quite as spritely as she was in her younger days – when she used to charge through the deserts and vast open spaces of Namibia with a belly full of coal and a head hot with steam – what the Class 24 locomotive’s lost in speed, she’s gained in charm.

And on the windy spring day that we arrive at the Cape Town Train Lodge Hotel – our child-like excitement barely in check – she seems especially enchanting.

Even a less-than-glamorous admission made by a cheerful member of the operations team –“Be sure to use the toilet before you board; the loos are as old as the train itself” – can’t detract from the endearing nostalgia that comes with travelling along one of the Western Cape’s most scenic routes aboard a chugging, tugging relic of the Industrial Revolution.

Tow-headed boys and barefoot girls zip past as we settle into the Victorian drawing room-style seating area of our coach.  Boasting an original compartment bench and complete with Spoornet windows and springbok decals that date back to the 1930s, the carriage conjures up images of the days of cobblestone streets, canal travel and brassy jazz bands.

Once a symbol of modernity and an essential component of the swift transport of goods and labour necessary for industrialisation, steam trains are now defunct – Jenny’s the last remaining operational ‘engine that could’ in the Western Cape –their raison d’être usurped by their more efficient, less costly diesel and electric counterparts.

That said, an appreciation for steam train heritage hasn’t suffered the same fate, and thanks to the passion and dedication of Ian Pretorius and Sarah Nielsen, the directors of Atlantic Rail (an organisation that qualifies as the only private vintage steam train operator in South Africa), steam haulage hasn’t been run off the tracks quite yet either.

The duo, along with other members of the team, spent two years meticulously restoring Jenny’s five passenger carriages, and finally, in 2010, the iron horse was ready to ride again.

“All aboard,” the conductor hollers, his call punctuated by the sharp whistle of the train’s steam trumpet (named such because the first horns were actually designed by musical instrument makers).

We pull out of the Cape Town station at a snail’s pace, but gradually pick up speed as we move through the city’s industrial backyard into sprawling suburbia and past the silent stands of the legendary Newlands Cricket Ground.

The white-washed huddle of the Marina Da Gama housing development soon flickers into view, and, before we know it, we’ve rounded the bend to False Bay, the sparkling Atlantic heaving and falling to our left.

Squeezing past the throngs of amateur photographers and children hanging out of windows waving frantically at fishermen and beach walkers below – many of whom stop in their tracks to ogle our noble steed galloping past – we make our way to the food and beverage car.

While sans electricity (and thus hot drinks), the lively dining carriage boasts a modestly-stocked bar that serves up cool drinks, beers, wine and snacks; though, many of the more seasoned railway travellers lining the car have brought their own selection of sweet treats and munchies on-board, and are immersed in a full-on, and quite literal, meal on wheels.

With chocolate in hand, we make our way back to our seats just in time to see the colourful St James bath houses rush by. The train gives a cordial ‘toot’ and we carry on, skirting the rocky Kalk Bay coastline, snaking our way through Fish Hoek and Glencairn, and finally sauntering into Simon’s Town less than two hours after departure.

This final part of the line was only completed in 1889, years after the creation of the first segment, as the steep coast, quicksand and river mouths that characterised much of the journey from Kalk bay to Simon’s Town proved challenging hurdles to even basic road construction. Nowadays though, the tail end of the route is far less arduous, but still seemingly just as breathtakingly beautiful as it was in the days when much of the surrounding area belonged to the baboons.

Upon disembarking, there are countless Kodak moments to be had; after all, Jenny’s an attractive thing. What’s more, the conductors are also more than willing to give the more inquisitive a closer look at the copper gauges and pipes that report back on the train’s impressive motive force.

With only an allotted 2.5 hours to explore the quiet seaside village though (Jenny departs for Cape Town at 3pm), it’s best not to linger. The African penguins of Boulders Beach, the South African Navy Museum and a bevy of charming pâtisseries, coffee houses and oceanfront eateries eagerly await the arrival of the steam train’s charges.

Booking and Ticketing for the Atlantic Rail Steam Train

Find out more about other great things to do with kids in Cape Town and read more about the Mother City’s must-dos.