The queen of the pink village defines drag dressing

All kinds of sexual preferences are welcome in Cape Town. There’s been an eruption of sequins, glitter, tassels and beauty pageants. Local drag persona, Odidiva, is at the forefront of a gay community taking its entertainment seriously.

Odidi Mfenyana grew up in colourful Bo-Kaap and learnt Fame-style splits at the Waterfront Theatre School (he tells me he can still do them after a stretch). He’s also starred in 'that' sex education video with Nicky Greenwall.

"I couldn't do a show without singing Tina Turner's Proud Mary. My audience would simply lose their minds!"

Odidiva's vaudeville-style cabaret is highly entertaining and gets everybody up on their feet, clapping their hands and singing along. He's sung for crowds big and small, from camp Capetonian burger bar, Beefcakes, to 2 000 strong crowds in Perth, Australia. The latter was during a month-long, sell-out performance of The House of the Holy Afro. His comic social commentary and poetry recitals are politically and socially satirical. Often pushing the boundaries of what is acceptable to say about the society we live in.

“I love black divas. Whitney Houston can sing a cover so well that you'll forget anyone sang it before she did and I love to sing Aretha Franklin and Grace Jones," says Odidiva, "My best performance was a public service announcement against xenophobia and hate crimes in South Africa. I wore my mother's gold dress, from her wedding reception, and I sang Strange Fruit, lying across a piano. It was such a powerful song. I thought: 'I could actually die tomorrow, safe in the knowledge that I've actually done something for my world'."

"People just don't get it. How you look is the whole point!"

Drag is all about hair, eyelashes, makeup and, of course, a show-stopping dress. Odidiva's style is costume and character; full of movement, glitter and shine, and her tassel dresses and gold sequins go down a storm with Capetonian audiences.

It might surprise you that you don't have to be loud to pull drag fashion off. Odidiva's friend Rania Jordan (so named after Princess Rania of Jordan), is as quiet as Jessica rabbit, yet every bit as sensual. Odidiva advises drag queens to dress to suit their individual persona.

"I'm eclectic when it comes to fashion, but my staples are to have at least one long and one short dress. I love to dress like Tina Turner and shake my booty like Beyonce. Luiz Delaja recently designed an outfit with a corset and plenty of feathers—it looks like it’s straight out of Rio de Janeiro. It helps that he’s half Brazilian. My latest outfit is a 1940s, New Orleans-inspired dress, designed by Cronje van Zyl, with lace, gloves, a hat and it’s very low-cut. It's provocative.

"My ethnic wigs and cosmetics are from Jabula Wigs & Wefts in Golden Acre, my nails are by Clicks and my makeup is by MAC. Just remember, though, that a cheap eye shadow can pop just as much as an expensive one. I'm not going to disclose where I buy my Mavericks-inspired, leopard print, stripper shoes; otherwise there won't be any left for me!"

Odidi advises: "For God's sake, try and avoid bad wigs. There's nothing like a horrible nasty wig. Comb your wig out and wash your wig. Your audience won't tolerate dirty hair!"

You can catch Odidiva at Beefcakes and at the opening of new club, Bubbles, on 24th February. Odidi is organising a solo tour to Europe and The House of the Holy Afro will tour again this year. "Hopefully to Montreal. Please, Jesus. Please, Lord," pleads Odidi.

Laugh at the Queen and at yourself at this hilarious Cape Town drag show.

Check out our 10 top gay hot spots in Cape Town, our overview of nightlife in De Waterkant and our review of Beefcakes. 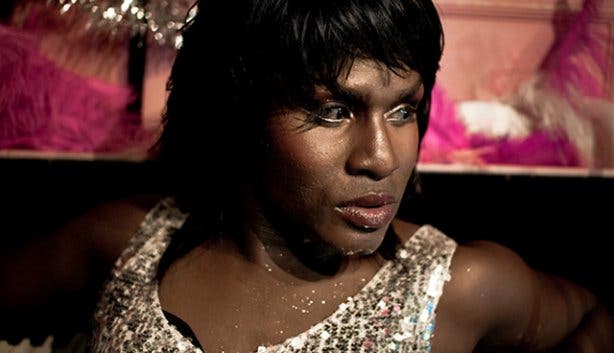 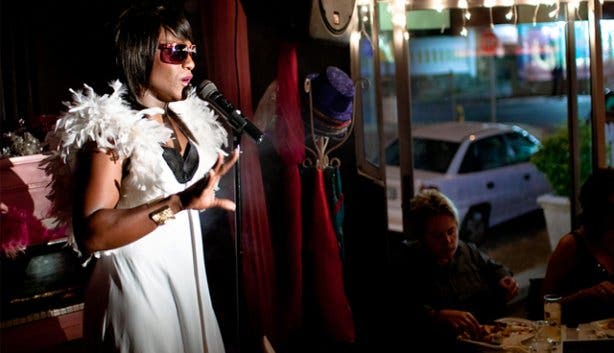 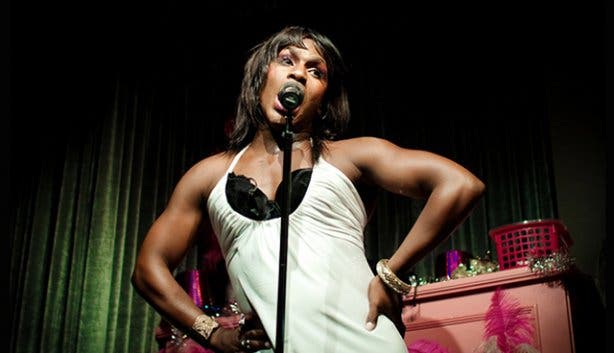 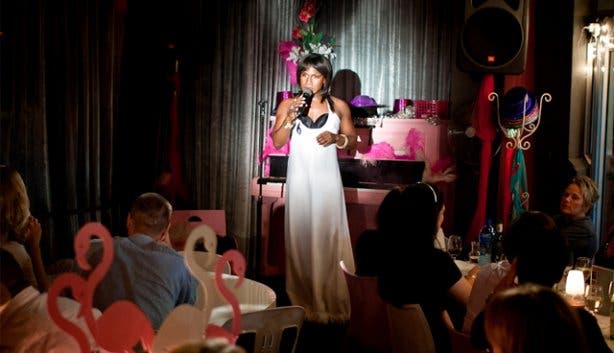