It's no coincidence that the number three is prevalent in famous stories: the three little pigs, the three musketeers and the three wise men, for example. The so-called “rule of three” is a general decree in storytelling and in music that states that concepts or ideas presented in trios are inherently more interesting, enjoyable and memorable.

So it comes as no surprise then that one of the best burger places in Cape Town is, for now, a three-piece known as Hudsons: outlets of which can be found in Gardens, Green Point and Claremont. The burger spot’s first incarnation was established on the Mother City’s trendy Kloof Street in 2009 by David Raad (the man behind Café Caprice) and Ross Collins, who was inspired by the famed, no-frills-no-fuss New York-based Burger Joint.

“If you look at the [Burger Joint’s] menu, it is very simple: they have a normal hamburger and cheeseburger and then patrons can only choose one of seven toppings for their burger. In fact, they have a blackboard that cheekily reads, ‘If you don’t see it, we don’t have’. So I wanted to bring that focus on just serving a straight-up, tasty burger to Cape Town,” elaborates Ross.

And while Hudsons certainly subscribes to the keep-it-simple-and-to-the-point attitude when it comes to the presentation of its bun-and-patty combos (guests won’t find pretentious garnishes on the plate, for example), its menu is significantly more diverse and experimental.

“Even though Hudsons’s burgers are fairly simple, they are certainly not boring. We really wanted to introduce something fresh and innovative, and I think we are pioneers of burger culture in Cape Town. For example, I think we were the first to do ribs on a burger,” states Ross.

Needless to say, the eatery’s menu boasts about 20 unique creations, like The Original Royale, which comprises bacon, cheddar, chilli and battered onion rings; The Boss, which is stacked with a mozzarella-stuffed beef patty topped with BBQ beef rib meat and dill pickles; The Vanilla Thunder, which takes the form of a grilled chicken breast topped with crumbed mushrooms, blue cheese and rocket; and The Wiseguy, which is layered with tomato relish, fresh chillies, jalapeños and rocket. Not to mention, the ingredients are, where possible, gathered from suppliers in and around Cape Town.

“We do our best to source all our ingredients locally so as to keep things fresh. We also prepare the toppings and sauces on the premises daily,” adds Ross, who, together with co-owner David, was hands-on in creating the eclectic menu.

It’s this penchant for favouring innovation over gourmet that seems to have struck a chord with locals and has led to many Capetonians simply, and almost instinctively, replying “Hudsons” when asked to recommend a burger spot in Cape Town.

In fact, patrons’ word-of-mouth and feedback is so valuable to folks at Hudsons that they famously have a ‘Create Your Own Burger and We’ll Make It for You’ option on their website. Here, guests can build their own creations by selecting a name and topping options for a burger and submitting their sumptuous stack suggestions online. Then if the submission is deemed Hudsons-worthy by Ross and David, it will run as a special offer the following month and stands the chance of becoming a regular menu item. According to the Hudsons website, it’s “for the people, by the people”.

But, of course, it’s not just the food (Hudsons serves salads, pizzas, ribs and chicken wings in addition to burgers) that has customers coming back for more and earning their “regular” statuses. All three of the eateries claim an American diner-style interior and atmosphere that make for a laidback dining experience for guests. The simple and uncluttered décor comprises leather booths, Tom Dixon beat lights, handcrafted dining chairs and New York city street maps that are all given some extra Yank context by tunes from the likes of Jimi Hendrix, Johnny Cash, Joan Jett and Gun N’ Roses amongst others.

And as for the future, well Ross and David will expand the franchise with an outlet in Johannesburg’s Parkhurst area at the end of October 2014. And we’re pretty sure it is only a matter of time before a Jozi resident will pounce on the opportunity to flaunt their creativity by submitting a create-your-own-burger option called “The Joburger”.

So while Hudsons may be contravening the magical rule of three thanks to its ever-growing brand, it’s unlikely that it will be rendered less memorable, interesting and enjoyable because rules are, of course, made to be broken.

Tip: Not into beef? Well, fear not - Hudsons will replace the patty with either an ostrich or veggie patty for no additional cost. Not into buns? Well, opt for the ‘guido’–style option, which is served on a bed of lettuce.

The Bill: Appetisers, like triple cheese chilli poppers, crumbed mushrooms and pulled pork tacos, range from R40 to R48; a burger (sans sides) will set you back anything from R44 to R84; and milkshakes, like the famous BarOne option, range from R38 to R42.

In search of another bun-and-patty fix? Here’s our overview of over 30 of the best burger places in Cape Town. 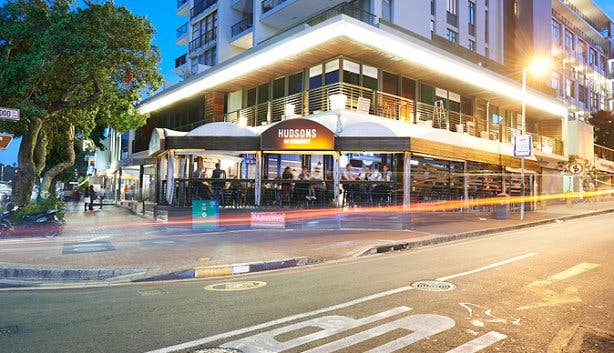 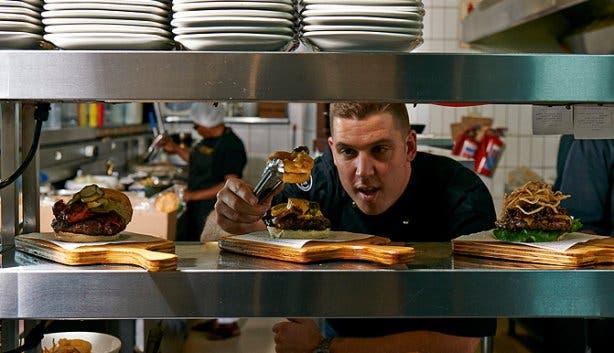 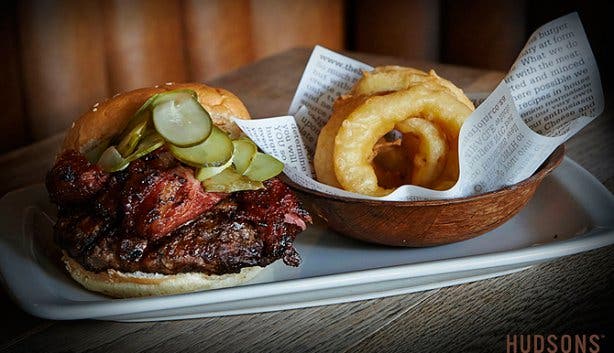 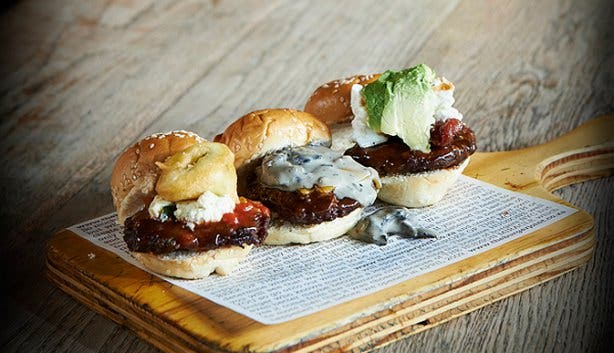 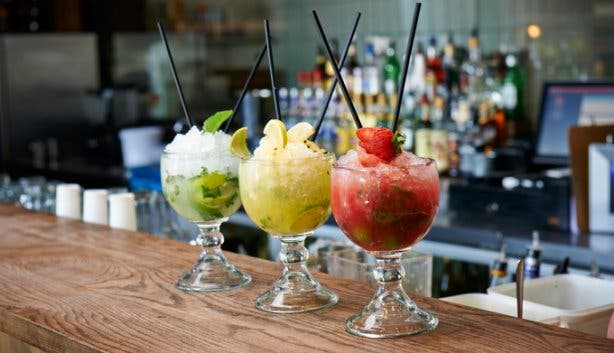 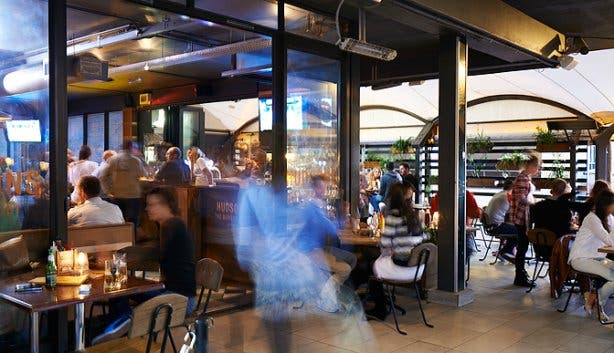 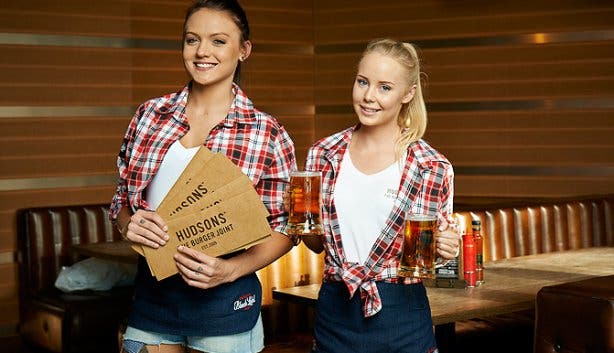 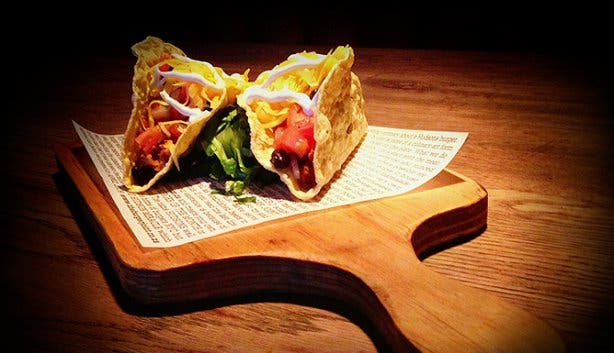