Sweeney Todd – The Musical at Theatre on the Bay

Revenge and death are dishes best served cold, and the chilling, spectacular performance given by Johnny Depp and Helena Bonham Carter in Tim Burton’s film version of ‘Sweeney Todd’ is enough to have anybody offering themselves up as bait in a barber shop chair. And now you can as the cut-above-the-rest musical version is swinging into our pretty city.

Witness this musical thriller come alive from Friday, 19 February until Saturday, 9 April 2016 at the Theatre on the Bay in Camps Bay. This magnificent theatrical performance will have you sitting on the edge of your seat with goosebumps creeping up your skin.

Created by Stephen Sondheim and described as a “dark masterpiece”, Sweeney Todd follows the journey of a psychopathic barber who murders clients with a razor in an effort to get revenge for being wrongfully imprisoned in his past. Since it was produced in 1979, this legendary musical has become a classic, seeing multiple adaptations and performances on Broadway over the years. This intense and thrilling musical experience includes crowd-favourite songs such as ‘Pretty Woman’ and ‘Johanna’ and is riddled with mystery and vengeance.

Directed by Steven Stead, the show stars Jonathan Roxmouth as Sweeney Todd and Charon Williams Ros as Mrs. Lovett his accomplice who is skilled at turning victims into mince pies. The show comes together with sets designed by Greg King in this sinister story that is sure to wow audiences!

Tickets for this event can be purchased via the Computicket website at www.Computicket.com. Pricing ranges from R125p/p to R350p/p depending on show dates and times.

Interested in other events around Cape Town? Take a look at our overview of February events in Cape Town and surrounds so you don’t miss a single shindig.

Want your event to gain fame and a following? Our Events Support Programme includes diverse and affordable packages guaranteed to get results.

Get out of the city for breakfast or ...

This hidden playpark is home to Cape ...

Paradise Park in Newlands is the backyard you wish you had 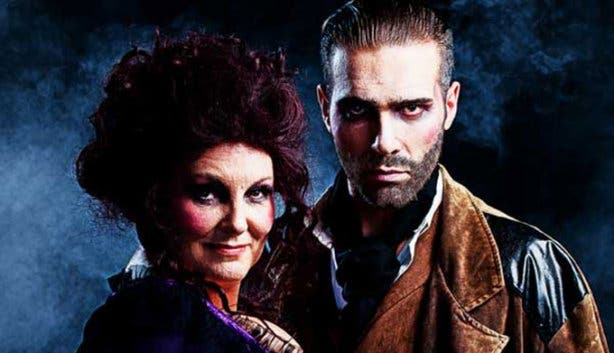