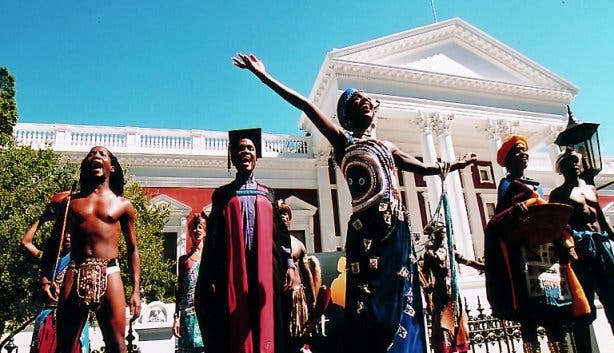 SONA 2020: Road Closures, Alternative Routes And Where To ...

SONA 2020: Road Closures, Alternative Routes And Where To Watch

There’s nothing we can do about the road closures or traffic, but we can help you get to and from work

President Cyril Ramaphosa is delivering his fourth State Of The Nation Address (SONA) and second since being sworn in as president. While it's always an exciting event for the Mother City, it does mean road closures and traffic that you'll want to avoid.

WHEN & WHERE IT’S HAPPENING
The president has earmarked Thursday 13 February 2020 for SONA to take place at Parliament on 21 Plein Street. As usual, dignitaries start arriving from about 4pm and there’s a short ceremony that includes a military guard of honour and a 21-gun salute before the official address kicks off at 7pm.

WHERE TO WATCH
If you're able to escape the CBD before the action starts and want to watch from the comfort of your couch, tune in to SABC or e.tv news or live-stream the event as it happens via Parliament's live YouTube feed.

WATCH THE SPEECH FROM THE LAST SONA IN 2019

In And Around The CBD

ALTERNATIVE ROUTES
The best way into the CBD is via the N1, which you can access via the M5 (Black River Parkway), or M7 (Jakes Gerwel Dr).

Alternatively, you can use the M4 (Main Rd)  then turn right onto Christiaan Barnard Road to circle the outer CBD. Form there you can turn onto Hertzog Boulevard or carry on towards the N1. Both the N1 and Hertzog Boulevard brings you onto Adderley Street and the arterial roads going off it.

Are you going to wait out the SONA rush? Try one of these happy hour specials.

If you’re going to be out late you may as well try these things to do at night.

SONA 2020: Road Closures, Alternative Routes And Where To ...