The Wheel of Excellence is turning heads

The Waterfront attraction shows you Cape Town from a different perspective

Do you fancy a fresh angle on Cape Town? The V&A Waterfront has a temporary, new attraction that will lift your spirits. It's not a hotel, but it rises up 50m to the height of one. It's not a restaurant but its seating is world class. It's not a shop, but it's well worth your money. The Wheel Of Excellence is the latest way to go round and round the Waterfront without taking a step.

Located at the Canal Site opposite the Caltex Garage, the giant passenger wheel opened to the public 9 June 2010 after saying goodbye to the Champs Elysees in Paris where it spent Christmas and the New Year period.

Designed by Ronald Bussink (for Giant Observation Wheels and Towers), it was manufactured and operated to the highest standards globally. The Wheel Of Excellence took four days to erect, has a total of 2km of lighting, and 36 fully enclosed luxury cabins, two of which have wheelchair access. The glass is transparent and the cabins are temperature controlled. It's a smooth way to sail above the city and will appeal to children and adults alike. If you've never seen Cape Town, it's a wonderful introduction over a wide space. If you've seen it all, The Wheel Of Excellence offers an unusual viewpoint – a moving one!

Sitting inside one is uplifting. The cabin is quiet, the city falls away below as you rise up smoothly. Getting closer to the sky is coupled with a birds-eye view of the V&A Waterfront, The Cape Town Stadium, Robben Island, Table Mountain, the city and the Hottentots Holland Mountains.  Sights as beautiful as these deserve to be seen from as many angles as possible. The Wheel itself is a work of art, with graceful arcs and powerful reinforcements all in white. It's quite a special sight, whether you're on the ground or sailing smoothly above it.  And it's not going to be here forever.

Handy tip – for clearer photographs put your lens closer to the window and throw something over it to cut out reflective light.

If you fancy a helicopter view instead, take a flight in a chopper. After seeing the city this way, you may have built up quite an appetite. Find a restaurant. You could get to know the city by seeing Cape Town through public transport. 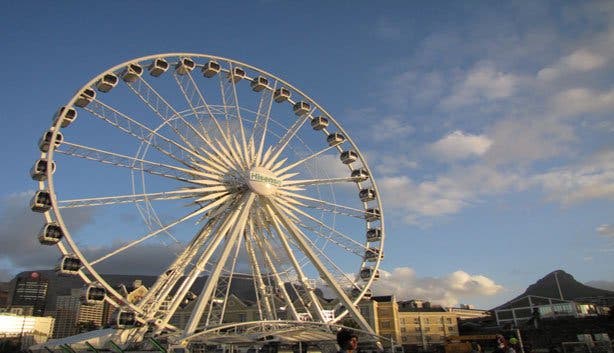 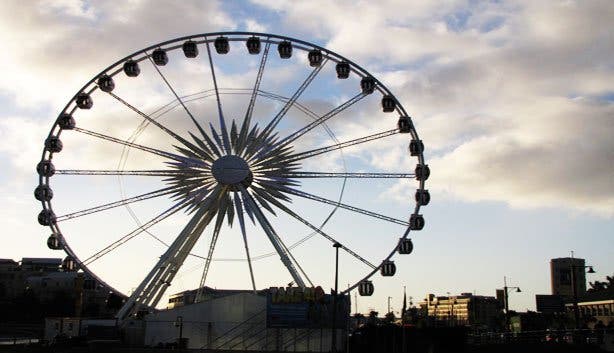 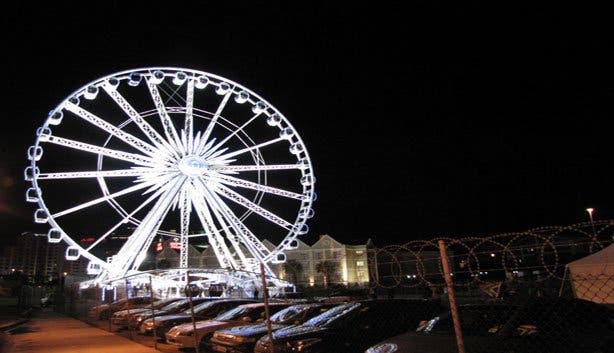 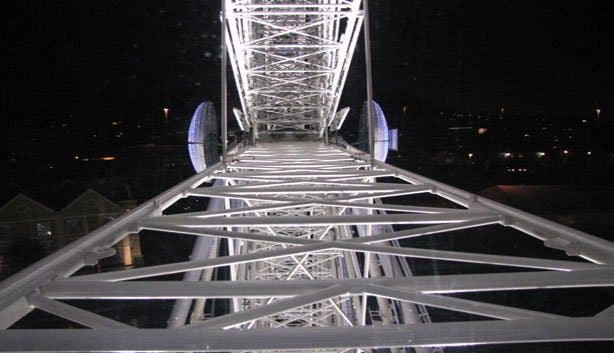 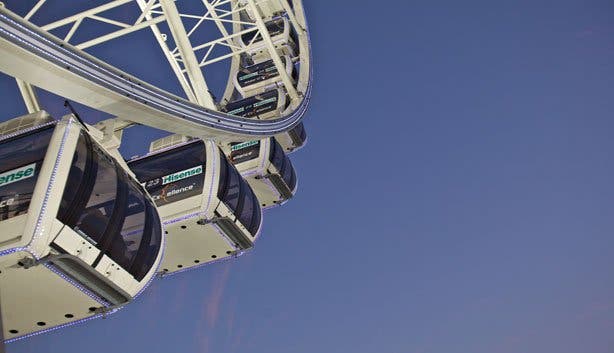