Hout Bay local Julie Ragavelas is seasoned at running joint ventures. With her husband Spiro, she founded and nurtured the handsome restaurant Ragafellows and the authentic Hellenic joint Spiro’s, both stalwarts on the ‘Republic’s’ culinary scene. But her third project, The Riverway Café, is a mark of her independence.

Nestled on the bank of a stream lined with swaying weeping willows, this new addition to the coastal hub of Hout Bay is, in Julie’s own words, “[her] baby”, and quite fittingly, it’s also a decidedly more dainty and delicate space than its visually masculine counterparts (Ragafellows bears a mechanical, steampunk-esque look and Spiro’s carries the sky blue colour palette of the Greek flag).

“I wanted to create something with a bit of elegance,” explains the delightfully warm owner. “It’s more of a showcase for my finds and the things I love than anything else.”

More specifically, the striking aesthetic of the space grew up and around Julie’s passion for botanical prints and antique ware, and now, the interior is a beautiful balance between horticultural references and vintage details. Flora and fauna-inspired illustrations hang on the walls next to fine china plates, polished silverware glints alongside pretty ceramic tea cups, beaded glass chandeliers and tasselled lamps dangle over elegant reupholstered church hall chairs, fresh flowers stand to attention in the middle of upcycled tables, rustic display cabinets with a peeling paint finish hold ornate odds and ends and little dragonfly motifs (the symbol of the restaurant) alight on surfaces and flutter in corners.

It’s not just the eyes that are indulged though. The taste buds are treated too, and the eatery’s “contemporary café food”, as Julie describes it, is elevated slightly above the bog-standard with little modern twists on the norm. The Smashed breakfast, for example, enhances the conventional avocado and poached egg on toast with delicate balsamic beads, the Brekkie Salad takes things up a notch by dressing an egg, bacon and parmesan mix with homemade truffle aioli, the Piggy Poppers are stuffed with not just cheese but BBQ pulled pork too (and they’re wrapped in bacon to boot) and the tuna lunch, which comes with avocado and wilted spinach, is enlivened with a wonderfully tart dollop of lime curd.

Three local ladies also supply the café with an assortment of baked delicacies and creamy delights – everything from rosewater meringue drops and red velvet cake to Greek shortbread, fluffy croissants and Belgian choc-chip cookies. And guests can choose to relish these goodies alone or alongside finger sandwiches and scones with fresh clotted cream as part of the café’s decadent high tea (there’s even a Banting high tea with low-carb, high-fat macadamia brownies, cheesecake slices and rusks).

If tea is, well, not your cup of tea, you could always bathe the throat with a freshly squeezed juice, homemade rooibos and pomegranate iced tea, an elderflower spritzer or a Pimm’s and lemonade cocktail, all delightful accompaniments to a hot summer’s day spent out on the restaurant’s shaded patio.

In essence, The Riverway Café is an embodiment of Julie’s persona and passions, and because the concept clearly comes from the heart, we have no doubt that this jewel of the Hout Bay dining scene will quickly dance its way into the memory of many.

Tip: The venue is a charming option for a kitchen tea or baby shower, and Julie will gladly do the décor and set-up for such occasions.

The Bill: Prices are more or less on par with those you’d expect at other Hout Bay cafés. Breakfast options cost between R25 and R95 (for a continental spread to share), lunch is anywhere from R55 to R110, kiddies’ bites sit between R10 and R35 and high tea is R70 for one person and R95 for two people. As a nice touch, the bill is delivered in a pretty little vintage purse.

Read about one of Hout Bay’s other gems: The Bay Harbour Market. 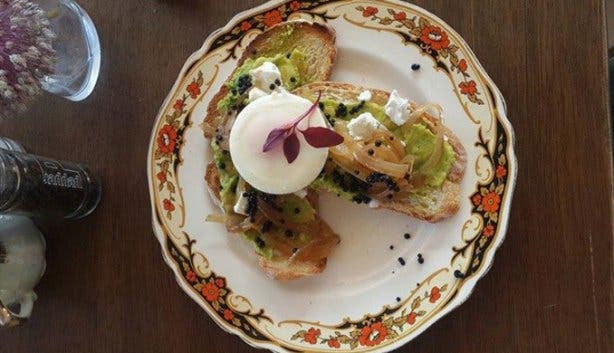 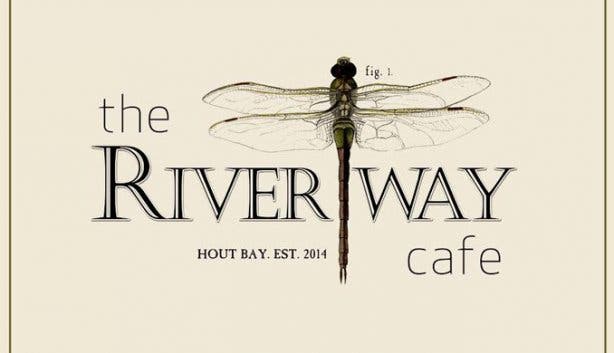 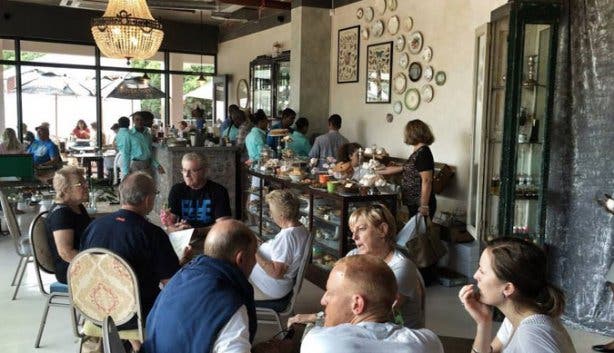 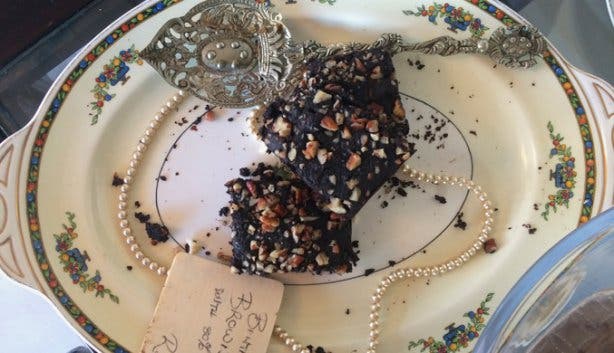 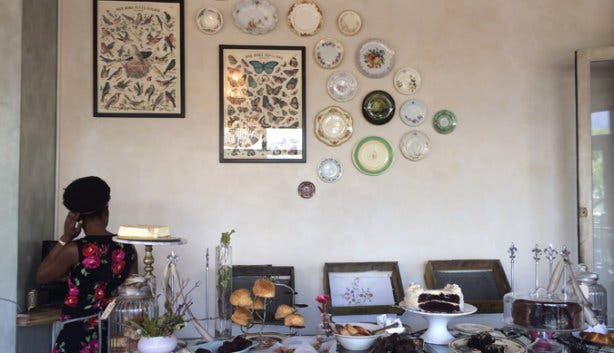 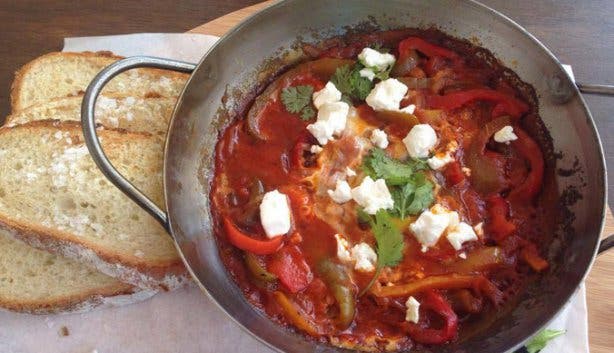 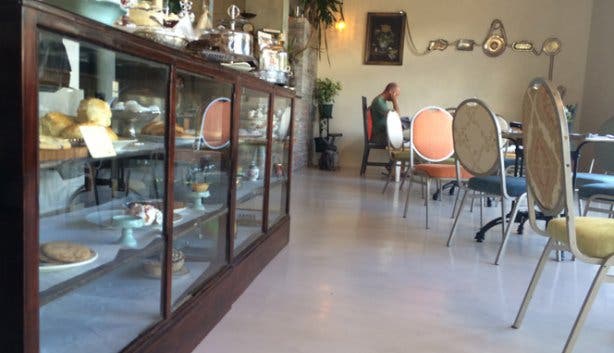 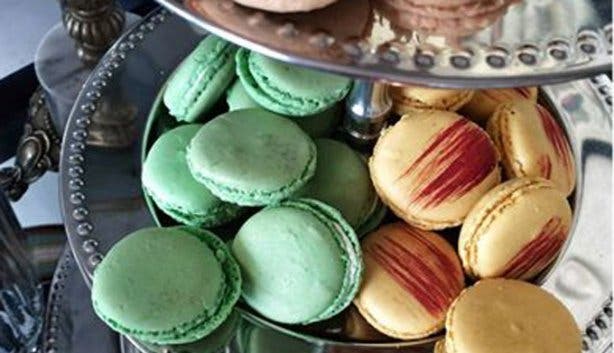 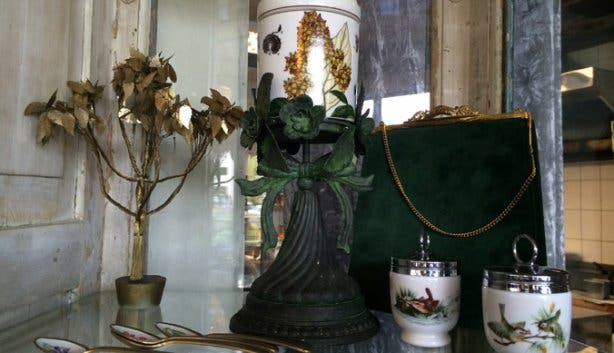