Cape Town cafés tend to swear allegiance to specific coffee brands in the same way that people do to political parties or shampoo makes. But The Blend in Cape Town’s East City Precinct says to hell with that. The edgy little haunt throws out the idea that it must be one bean or another, Truth or Tribe, Bootlegger or Bean There, and instead offers up a range of different roasts under one roof, casting off any hint of snobbery in the process. At the end of the day, it isn’t about affiliating with one trend or another; it’s just about good coffee, a humble vibe and the right to alternatives.

“I can choose what I want to put on the menu,” says owner Candice Chemaly, who took over the reins of the Roeland Street joint in June 2014. “If I want to change Deluxe to Truth or include a single origin on there, I can. It gives customers a choice, which is something they don’t have at many other places.”

On any given day, the rectangular blackboard that sits high up just to the left of the entrance features at least three different creamy blends, including the coffee shop’s own creation, which simmers with hints of caramel and citrus. Occasionally, another chalkboard also promotes a special limited edition roast just to encourage guests to try something novel, and in general, the whole offering changes every six months or so, with lots of consideration given to patrons’ preferences and suggestions.

This customer-centric approach is actually key to the small store, which was first founded back in October 2012 to give office workers, artists and designers from the surrounding area a cosy little local hangout. And although The Blend has since changed hands, this Cheers-like community feel is still very much the focus.

“I get to know customers on a first-name basis, get to hear all about their days,” says the owner. “We have regulars who come in and don’t even feel like they need to say what they want; they just sit down and we serve them their usual meal or drink.”

Of course, certain things have evolved under Candice though. For starters, she’s increased the size of the kitchen and rearranged the layout of the shop to create more seating space. Plus, although she’s held on to certain aesthetic elements, like the dramatic black colour palette, the colourful gumball machines, the window stools and the ornate ebony chandeliers, she’s also added pops of orange and gold to warm up the space and imbue it with some of the quirky character of the East City Precinct, a district that she describes as a “rough diamond”.

Similarly, the coffee shop has now also acquired a cold-pressed juice bar so that customers who aren’t that into caffeine can enjoy the health benefits of raw liquid fuel extracted from fruits and vegetables using the increasingly popular cold press method. Elixirs like the Dreamy Detox (apple, cucumber, celery and ginger) and the Hangover Helper (orange, mixed berries, banana and yoghurt) come highly recommended and offer 9-to-5ers from nearby office blocks a quick and convenient way to jumpstart their day.

And then there have been a few developments on the food side too. A larger kitchen means The Blend can now manage a more diverse menu, and there are freshly baked, poached, rolled and roasted breakfast and lunch options for everyone, from poultry lovers and pescetarians to Banters, red meat loyalists and vegetarians. More specifically, early birds can catch up on their morning mail (there’s free Wi-fi) while guzzling down french toast, a traditional fry-up, a bulging bacon omelette and more; and midday visitors can choose from wraps, salads and gourmet sandwiches (as far as the latter’s concerned, we suggest trying the roasted pork with caramelised onions, feta, avocado and tangy mayo on sourdough).

Or, because as Candice says, “you can get anything on this menu all day long,” visitors can also mix it up and tuck into a spicy Cajun chicken salad for breakfast or muesli with yoghurt for lunch. You see, anything goes at this free-spirited café, and whether you want tuna in the morning or eggs in the afternoon, Bootlegger or Deluxe Coffeeworks or The Blend’s own black gold, there’s no judgement, only options.

Tip: The Blend runs two specials that are definitely worth putting on your radar. Firstly, the café sells all small cups of coffee for only R10 between 7am and 9am on weekdays, and secondly, it also serves up a bacon and egg muffin and coffee for just R35 between 7am and 10am on Tuesdays (the latter deal is only for CapeTownMagazine.com readers).

The Bill: The café certainly keeps prices on the lower side: a coffee goes for between R15 and R22 (for a frappé), cold-pressed juice ranges from R29 to R35, breakfasts sit between R30 and R70, the gourmet sandwiches are between R35 and R45, the wraps cost anywhere from R38 to R55 and the salads ring in at around R55 on average. The Blend’s own brand of beans can also be bought for home use at R60 for a 250-g bag.

For all those who don’t like missing out on their morning meal: our guide to breakfast spots in Cape Town. 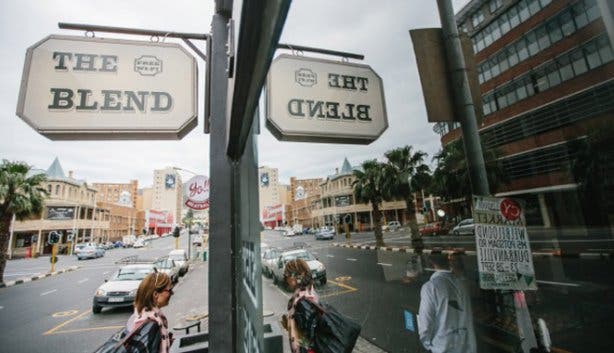 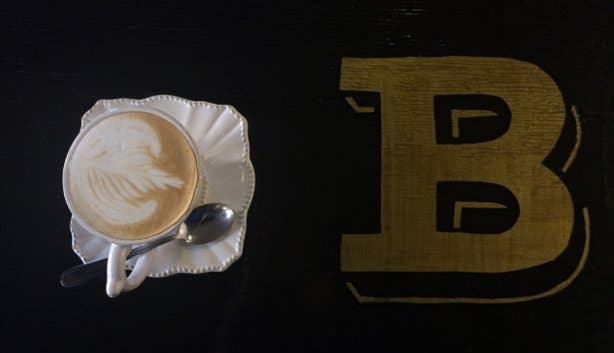 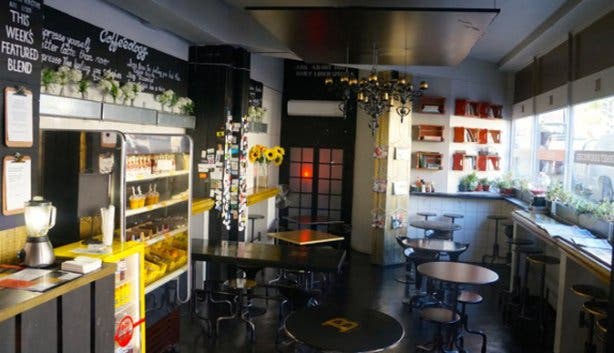 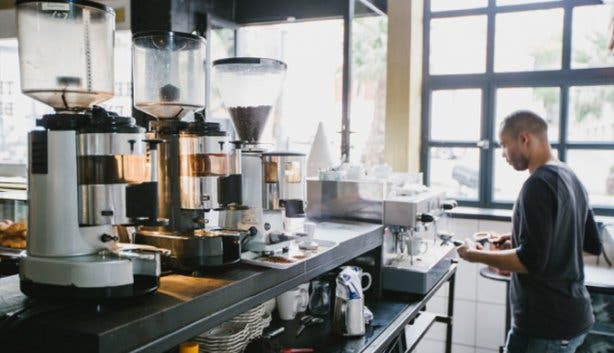 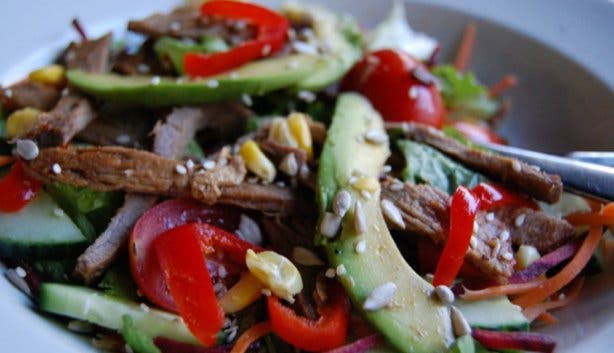 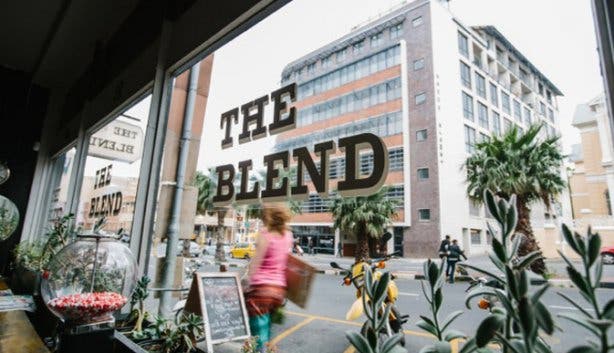 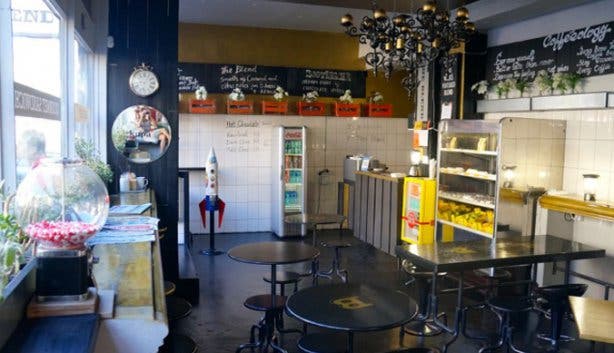 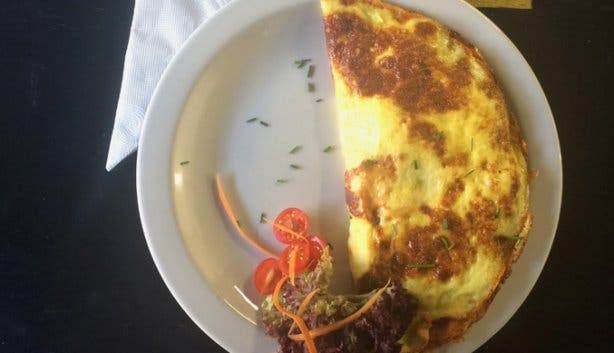 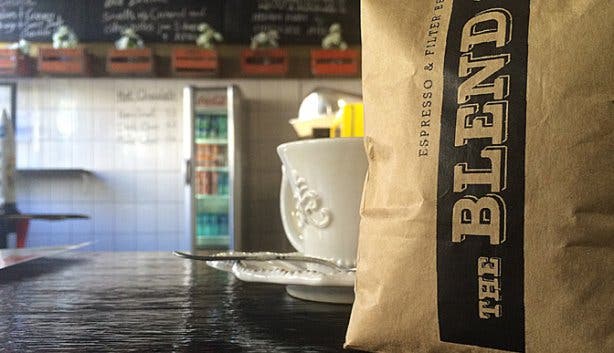