New to the Roeland Street is the quirky eatery, The Raptor Room. Upon entering the restaurant – it was apparent that something different was awaiting. Apart from eating at a place where there were miniature dinosaurs on the table, and green and pink amazon-inspired wallpaper and décor, inspired by both Amy Lilley’s love for her partner Danél Maree and her love for food. There was something unique about witnessing owner, Amy Lilley and her staff throw together one of their unique meals. Perhaps it was the passion in Amy Lilley’s eyes, or the chemistry between the kitchen staff, whatever it was, something was definitely cooking in that kitchen. 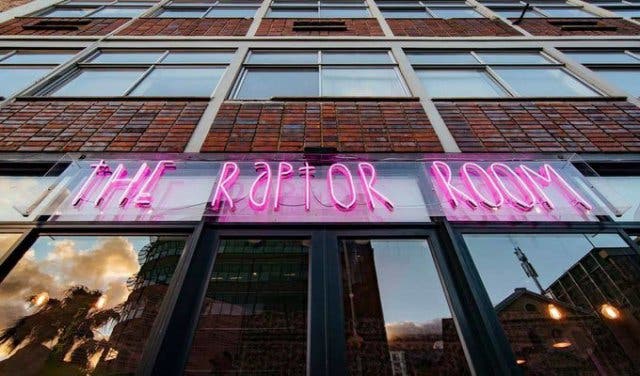 From the outside of the eatery, The Raptor Room resembles a diner, with bar stools looking out on the semi-busy street, large open windows and the light coloured interior made me feel like I was in some or other exotic location. It felt as though The Raptor Room was a combination of favourite things: from the lava lamp at the till, to the huge sewn dinosaur in Andies booth area (named after Andie Reeves, the artist behind the creation). The booth seats 5-6 so make sure that you get in early if you have your eye on this particular and the various art pieces by local artists including the likes of Amy Ayanda, Tammy Joubert and Andie Reeves. The spot is a perfect start to your day if you’re picking up a quick bite for brunch or lunch, or even if you’re looking for a place to have a chilled dinner with a couple of friends. 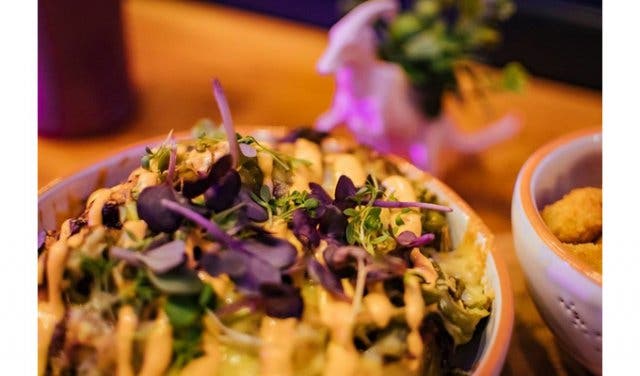 The passion behind thisbrain child of Amy Lilley and partner Danél Maree shone through in every detail, especially in their menu offerings. The Raptor Room offers interesting meals for brunch, lunch, and dinners, as well as floats that will blow your mind. Think The Raptor Room’s Smashed Avocado, which is a dish made up of wood-fired beer bread with slowly roasted rooibos tomatoes, Karoo-style dukkha and candied lemon or the Fricken Chicken, which is three pieces of Amazi and apricot fried free-range chicken, marinated in house spices with a house salad. I don’t know about you, but I had to try something, considering that these dishes were made up of things I’d never imagine in the same plate. 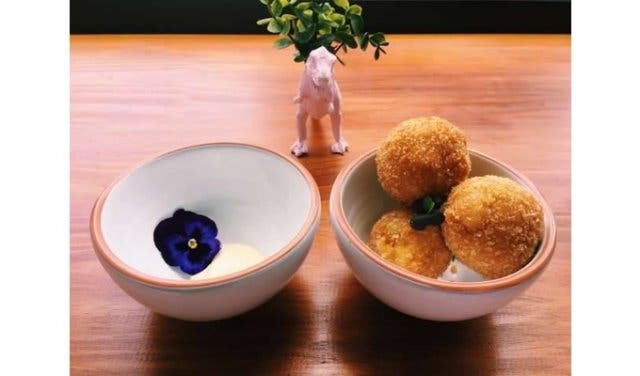 I told owner Amy Lilley to surprise me and she opted to go with the F*k Bread (a bit of a wink-wink situation and she commented as she handed the dish over to me: “good luck with stating that in your article”). Not only was the F*k Bread nothing that I imagined it to be, it was so pretty I had trouble trying to get myself to eat it. The F*k Bread was made up of a mielie (corn) fritter stack, with smoked jalapeno butter, an heirloom tomato salad and avocado coriander and mint salsa. Suffice to say, for someone who is not really the biggest fan of fritters, I would definitely go back for some of the mielie fritters. The dish combined some of the best South African ingredients, with a bit of an Americanised twist. 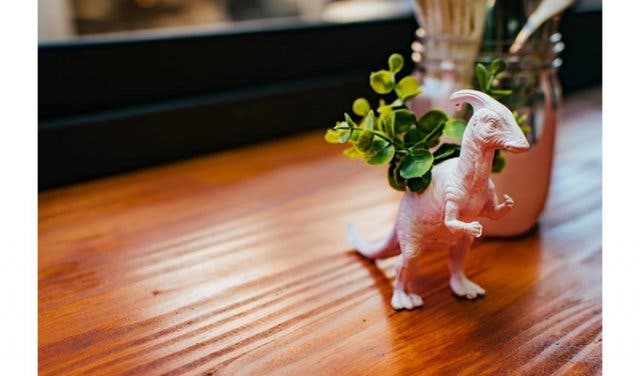 This delicious meal was followed by the most refreshing drink I’ve ever had in my entire life, and evidently, it was named after the most amazing artist in the world (warning: The writer may be a tad bias towards this offering), The Beyoncé. The Beyoncé is a mix of sparkling watermelon juice (get it?) topped with a dollop of vanilla ice-cream. One sip of the sparkling watermelon juice quenched my thirst, but there was something really beautiful about the way the vanilla ice-cream melted away in the watermelon juice, adding a bit of extra cream to the sparkle of the beverage. 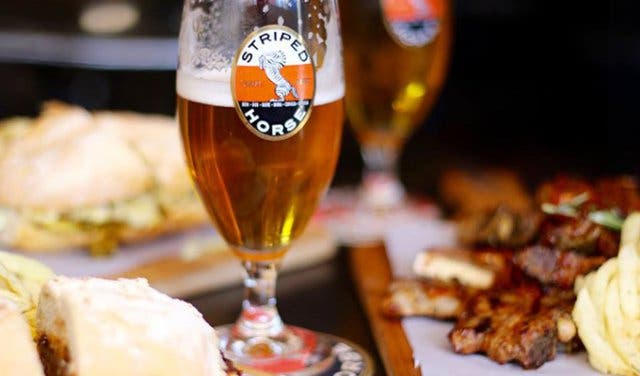 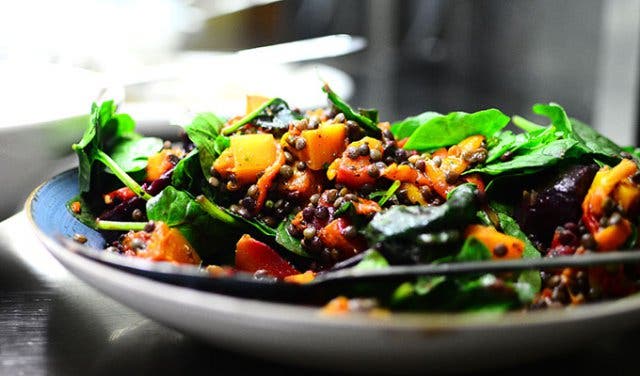 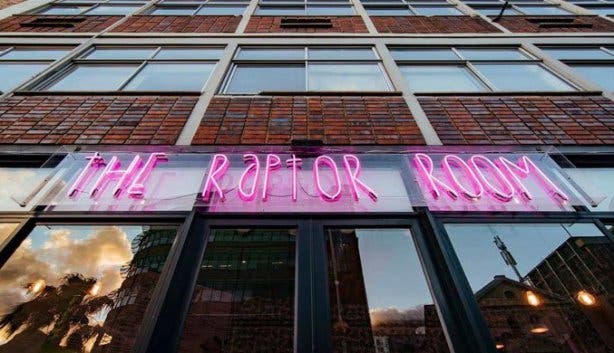 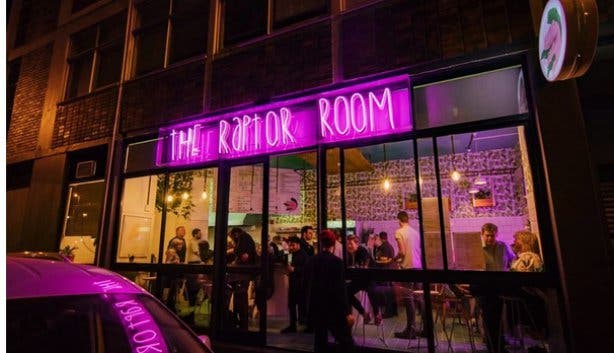 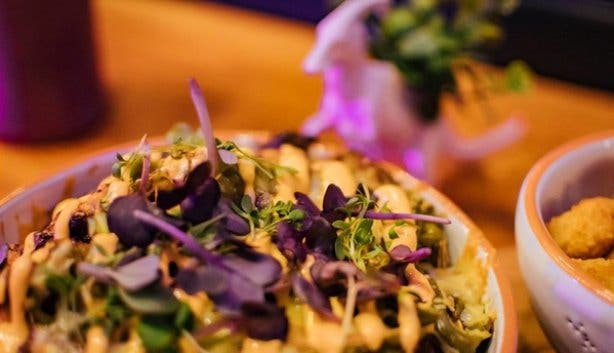 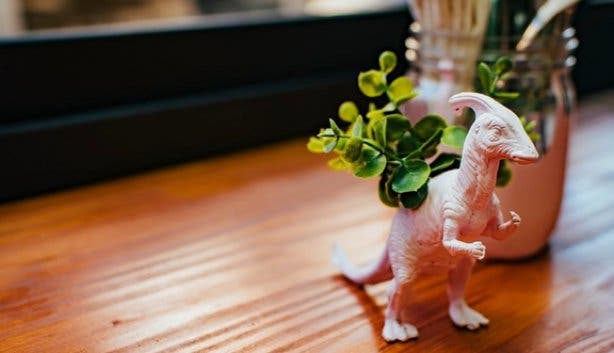 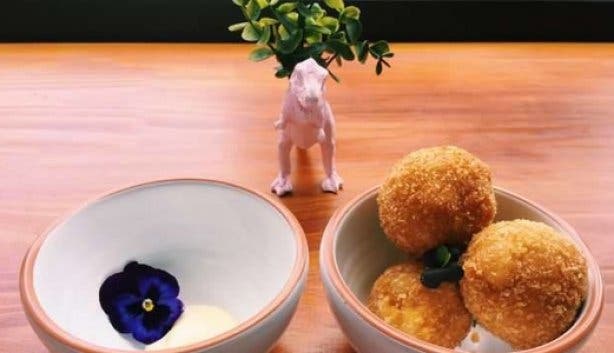