Have a look at these world-famous videos featuring our spectacular city.

It’s a truth universally acknowledged that Cape Town is a breathtaking city. With that being said, it’s no wonder that international artists flock to the Mother City to film music videos and showcase our famous mountain, our jaw-dropping sunsets and spectacular beaches amongst other attractions. In fact, Cape Town’s aesthetic beauty is so astounding that when Jonas Blue filmed his song ‘Perfect Strangers’ in our city, the music video got over 100 million views on Youtube!

‘Perfect Strangers’ featuring JP Cooper tells the story of a budding romance set against the backdrop of many Mother City-favourite sights. Less than thirty seconds into the song, you’ll be able to recognize our iconic Table Mountain, before turning your gaze to the array of colourful craft-lined stalls of Greenmarket Square. Thereafter, look out for the Two Oceans Aquarium located near the V&A Waterfront. This aquatic wonderland offers sweeping views of sea life and showcases the fact that even Cape Town’s sea species know a thing or two about how to wow an audience!

If at this point you were still unsure about the location of this music video, the next series of shots shows the unmistakable view from Lion’s Head, as well as our unique and incredibly vibrant South African culture. Be on the lookout for other Cape Town locations such as colourful Bo-Kaap, Kirstenbosch Gardens’ Boomslang Walk and Clifton beach.

The message is simple (according to us, at least): Cape Town will make you fall in love - and if not with the Mother City then with someone in the Mother City!

Solange Knowles - Losing You
Even the Queen B’s sister, Solange Knowles, recognises the utter brilliance of Cape Town. Her music video ‘Losing You’ features the Mother City’s Langa Township and sees Solange cruising the township streets in one of the Cape’s notorious mini-bus taxis.

Coldplay - Paradise
Although this music video was filmed in different locations in South Africa - including Johannesburg and the Karoo - it is only fitting that Cape Town makes an appearance. A breathtaking panning shot showcases the Mother City at its best!

The Script - Man on Wire
This music video was filmed in Cape Town’s bustling CBD amongst the city’s most beautiful buildings. Be on the lookout for the iconic Absa Building.  That’s not all - the video also stars Cape Town-based Actress Alex McGregor!

Looking for more awesome videos of the Mother City showing off? Have a look at the 100 Best Videos of Cape Town. 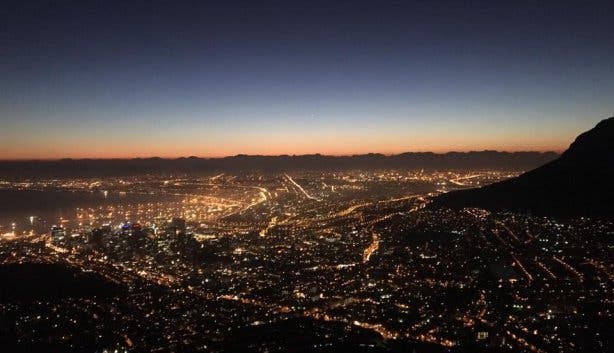