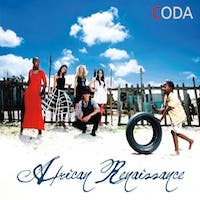 "CODA is just so hot right now... You simply cannot think about having a party without at least trying to sign them up for the evening's entertainment... CODA is the city's most in-demand band," states a major Cape Town newspaper - and at CapeTownMagazine.com we're certainly in agreement with that.

Together they have entertained some of the country's most eminent celebrities, business people and politicians, and their music has been known to get some of South Africa's leading figures on the dance floor. CODA performed at FW de Klerk's 70th birthday and was personally requested by Desmond Tutu to perform at his 75th birthday event.

CODA's diversity has resulted in a new style of South African music that appeals to audiences from Soweto to Paarl, from Gugulethu to Bloemfontein and from Dubai to the Seychelles.

Widely loved for their vibrant live performances, CODA ranks right up there alongside the likes of Goldfish and Freshly Ground as one of the hottest bands in South Africa at the moment. Their Afro-fusion sound is classy, refreshing and uplifting and is a rich blend of warm vocals, electric strings, saxophone, hypnotizing beats and a few other surprises, all brought together with a distinctly South African flavour. "Thank you to our beautiful nation for providing the inspiration behind the music!" Carol Thorns, the band's cellist and manager.

Following on from the ground-breaking sound of Believe (released in 2006), African Renaissance is a feel-good urban-pop offering that cements CODA's signature fusion sound and takes the band to a new level. African Renaissance is an immaculately produced and presented album, colourful in both appearance and in spirit - the perfect showcase of the philosophy and character that CODA has been building since their inception.

With track names like Reach Out, Stand Together, Take Care and To Be African, and as the album name implies, this album is all about positive newness in Africa - it's about being reawakened to the spirit of Africa, and about adopting an attitude that is as upbeat and full of energy as the music on this album is.

The first offering from this groundbreaking new album - the single entitled It's Still The Music was an instant success around South Africa.

The African Renaissance CD showcases the skill and talent of the performers and draws on influences of several dance-orientated styles and elements of music including Electro, House and Kwaito, combined with elements of Classical and Afro-Jazz. The latest CD is a very worthy - perhaps vital - addition to any CD collection of South African music.

The CODA African Renaissance album launch in Cape Town's Cape Quarter was a resounding success. The band's live performances are a real treat, which hopefully our overseas friends will soon get an opportunity to experience!

Simply turn on your speakers or pop in your earphones and listen to "I'm coming home" online now in our JukeBox and you'll be hooked and wanting more of CODA.

We recommend you purchase this album a present for friends, or for yourself, so they and you can play some of South Africa's hottest music at dinner parties, in the car on the way to a theatre performance or driving through Mzansi- anywhere, anytime!

CODA have taken an independent approach with their music and so are not signed to any record company. They also do their own marketing and management with Carol Thorns, the cellist, as manager. Kurse Music Distribution takes care of the distribution of CODA's music.

If you're interested in re-selling CODA's albums in your region or country or to book this hot South African band for your events, email Carol Thorns on carol@codamusic.co.za.

by CODA
About Published by CODA

Get all the info on how to book or buy CODA here. 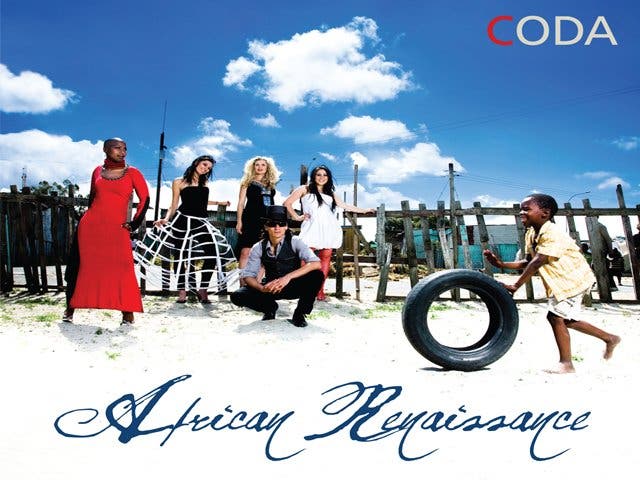