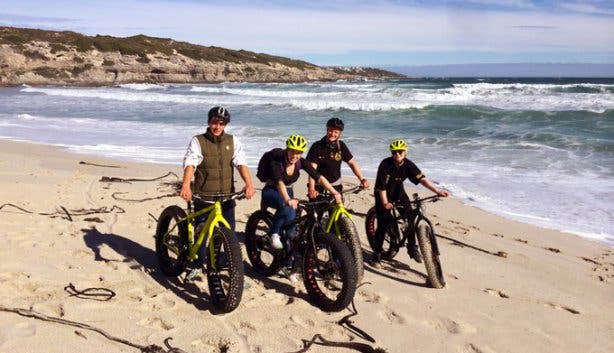 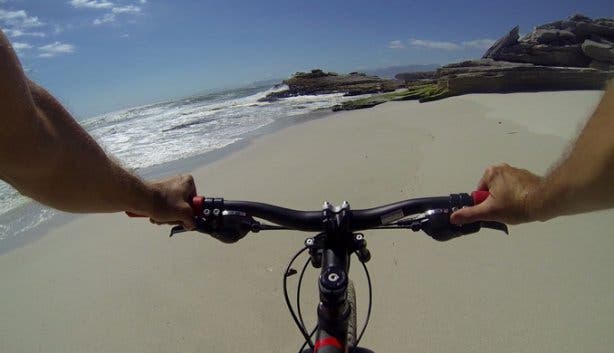 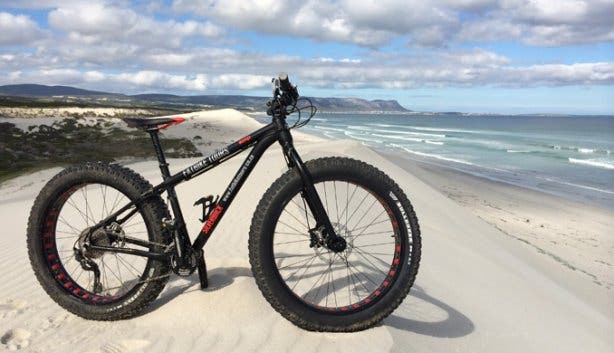 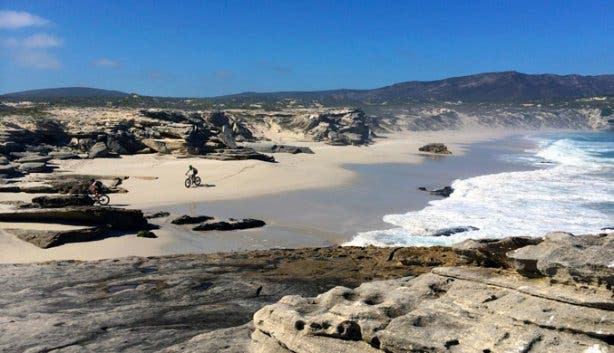 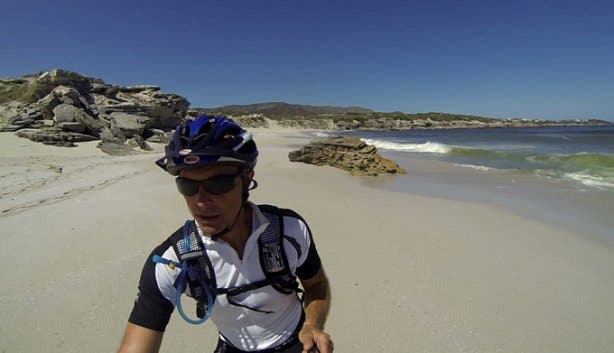 Custom and common sense say bikes belong on tar and mountain trails. But recently launched Western Cape company Fatbike Tours is showing how two-wheelers can provide a wonderful new way to explore sand- and seascapes too.

The innovative venture was founded in mid-2015 by avid mountain biker and Gansbaai resident Dave Caravias, who, in late 2014, bought one of South Africa’s first fatbikes (a bicycle with abnormally wide, low-pressure tyres that can glide easily over soft terrain) so that he could cycle effortlessly along the beaches in his area. But what started out as one man’s quest to simply keep fit soon turned into a source of delight for many. When Dave saw just how much fun spinning on sand could be and just how scenic the beachscape is from a saddle, he decided he simply had to share the experience with the world through guided half-day outings. “It just offers such a sense of freedom,” he says when asked about the appeal of pedalling along the shoreline. “There are no people, no cars, and you’re riding right there next to the waves, breathing in the sea air. It doesn’t get much more relaxing than that.”

Fatbike Tours currently offers two different beach-based bicycle excursions in the Overberg region (about two hours’ drive from Cape Town), and both are suitable for almost anyone – you just need to be 16 years of age or older, under 120kg and taller than 150cm. The first takes cyclists from the little coastal village of De Kelders along a line of cliffs to the pristine Die Plaat beach, where riders will cruise down the coast for a little while before turning back. The second tour follows a very similar route but carries fatbikers all the way along a 20-km stretch of open, unspoiled beach to the pretty seaside hamlet of Hermanus.

Throughout the journey, Dave keeps the pace slow and the general mood laidback so that participants have ample time to take in the natural beauty of the surroundings. Striking rock formations and undulating dunes are treats for the eyes, and if lucky, cyclists may spot the odd seal or rare African oystercatcher wading about in the water or sight southern right whales breaching and calving just beyond the surf in season (between July and December). Importantly, anyone who’s concerned that the cycle tours might negatively impact on this marine life can take comfort in the fact that Dave has designed the excursions to be as eco-friendly as possible. The lightweight wide-tyre bikes leave very little tread, and riders are asked to pedal below the low water mark where the sand is firm and compact and no tracks are formed. Not to mention, the trips actually play an active role in protecting the environment as they are used as an opportunity to raise awareness about the importance of conservation and to monitor the cleanliness of the beach and track any illegal behaviour (like 4x4 driving on the dunes).

So, essentially, the fatbike outings are ideal for anyone with a love for nature and the great outdoors, a desire to try something out of the ordinary and an interest in how it feels to cycle on sand rather than tar or dust trails.

Tip: In addition to offering tours on fatbikes, Dave also sells these unique two-wheeled machines. If you’re interested in buying one, you can test it out during one of the beach outings, and if you decide to purchase the bicycle afterwards, the cost of the excursion will be deducted from the price of the bike (in other words, you get the tour for free).

The Bill: Beach cycle tours cost between R500p/p and R650p/p for around three hours of fun. Bookings can be made online via the Fatbiketours.co.za website or by calling +27 (0)79 514 8386 or emailing info@fatbiketours.co.za.

Operating Hours: Tours run daily on request. Morning outings begin at 9:30am and afternoon excursions head off at around 2pm.

Eager to go on a cycling excursion closer to the city? Read about ByeCycle’s electric bike tours in Cape Town.