Ma’or Harris, the gypsy who became the ring master, talks about Balkanology

Looking for the latest Balkanology party? Check out Balkanology: Reunion on 6 September 2014

Just as swiftly as a Balkanology gypsy became a ring master, one sound engineer embarked on an unexpected career as an artist manager to bring the equally unexpected to South Africa.

Israeli impresario, Ma’or Harris, is on a mission to whip Cape Town into a Balkan frenzy, through a devilish circus of gypsies and flying chickens.

I caught up with the man behind the madness, who displayed a strange sense of calm as he shared insights into the curious world of Balkanology.

Ma’or: I love the music so much. Balkan and Eastern European music is so big in Israel. Inspired by a band called The No Smoking Orchestra, I started checking out the music. I joined with friends like Kyla, in order to remix and make the sounds more palatable for the Western Ear.

2. It took two months to round up a mad magician and a  flying carpet pilot...

Ma’or: We will exhibit around 30 performers at the new Metamorphosis Balkanology party, on 26th April. The show took two months to put together and involves marketing, performers and technical aspects. I would say that design plays a large part.

3. To assist Milovan and Bilijana on their mysterious journey of transmogrification...

Ma’or: The first two events were Balkan gypsy themed, the third was Milovan and Bilijana’s wedding, the fourth was war and peace, in which Milovan goes to war, the fifth was a wake, symbolic of Milovan’s death during the war, and the sixth was the resurrection, in which Milovan comes back to life.

This years event is centered around the metamorphosis of Balkanology and, of course, Milovan and Bilijana. Performers will be replaced by a crew of people dedicated to the metamorphosis of a central cocoon. The second theme is change – so, expect gypsys to transform into ring masters.

4. They played all kinds of weird and wonderful games...

Ma’or: The most magical acts will be part of this Metamorphosis, such as pick pocketers morphing into magicians. A gigantic cocoon will be the centre point, with a magical surprise. There are going to be a lot of games. Kiss Veronica the pig and she will become the princess of your dreams. There will also be a 4m by 4m enclosure housing a goat – the object will be to guess where the goat is going to do its business. DJ’s will spin Balkan beats into the wee hours of the morning.

5. In all kinds of weird and wonderful outfits...

Ma’or: The girls typically dress like gypsies – think large skirts, earrings and bandanas. Anything goes, as you might also find aviator glasses and leather pilot caps.

6. Until a Balkan beat-bash transmuted them into a new dimension…

Ma’or: DJ’s will mix folk songs with Balkan beats and an electronic bass. What is good about the music played is that it stays loyal to the origins of Balkan music.

7. A new dimension quite similar to a chaotic Balkanology Metamorphosis, in a fabulous burlesque theatre…

Ma’or: The Vaudeville Theatre is the perfect venue for an event of this size as it is an existing, indoor venue. But, the main reason is that they love us and we love them!

Ma’or: It’s best to arrive at 8pm, when the event begins. The idea is that you become part of the metamorphosis, so you should not miss out on the whole story. You also don’t want to miss the entertainment.

Ma’or: We raffle something at every party. At the third party, themed the Great Balkan Wedding, we raffled the bride’s sister. She was actually a stripper from the House of Rasputin – a Ukrainian girl who was absolutely stunning.

10. One last pearl of wisdom - take heed of the other loves of the impresario himself…

Ma’or: Musically, I look for a place that has a good sound and band. The Flamjangle Tea Party was amazing and I enjoyed the Cape Town Jazz Festival.

I like Indian restaurants and would recommend Bukhara, central Cape Town, or Changani, Woodstock. Il Leoni, Greenpoint, do great pasta and have a down to earth atmosphere.

For updates on events in and around Cape Town, be sure to subscribe to our free monthly Editors Picks Newsletter. 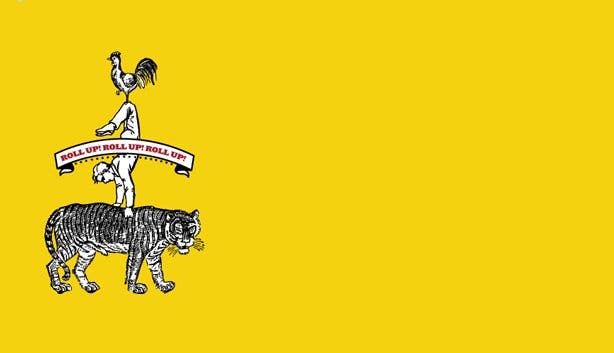 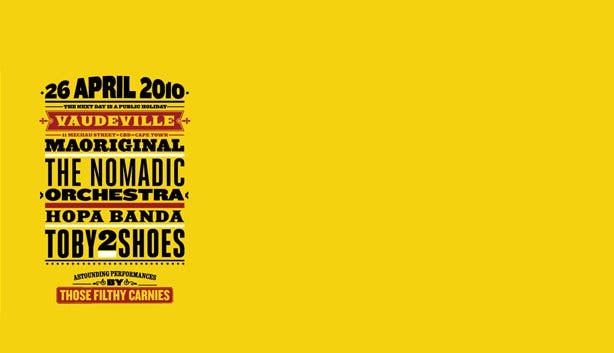 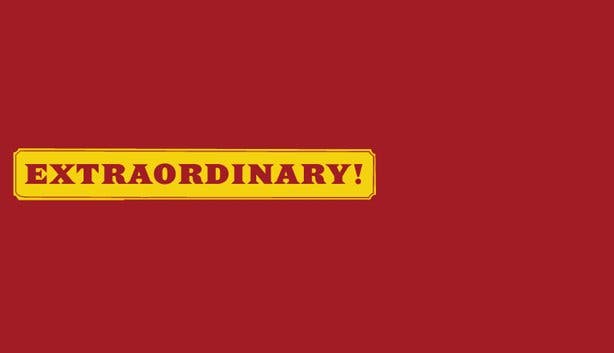