With a name like Manga, a reference to the iconic style of Japanese comic books, it’s easy to assume that Mouille Point’s latest addition is an ode to anime and fantastical fandom paraphernalia. But the scene that greets me as I step inside the Atlantic Seaboard restaurant is anything but a shrine to Pikachu or Sagara Sanosuke.

Sure, there are several design features that nod to the theme: a neon yellow sign in the shape of a speech bubble, the odd wall or pillar covered in pages from graphic novels, and a stylised eye painted onto the ceiling. But otherwise, it’s a slick, cosmopolitan space that tastefully marries Asian pop culture and contemporary flair, and is base to a prime sea view that no doubt draws in everyone from business folk to the hip, young crowd. 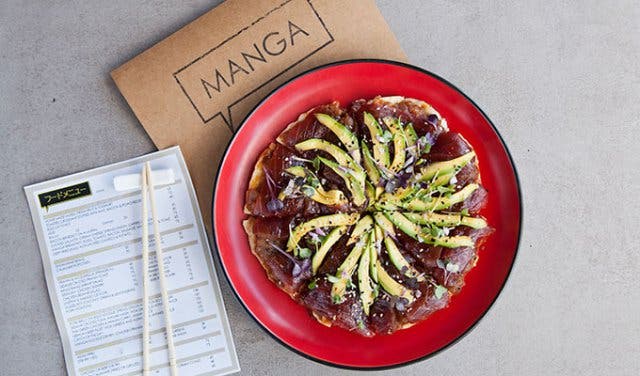 The eatery and bar, which sits in the glass-wrapped space that previously housed Quaglino’s, was opened to meet the demand for a quality Asian restaurant in the area, which has been lacking since the profoundly popular Wakame and Wafu closed here several years ago. But rather than going traditional, the owners – they’re behind Sotano and Strolla too – decided to give Eastern classics a quirky, youthful spin.

“The idea was to take favourite Asian dishes and introduce an element of fun and eclecticism,” explains co-founder Brendon Crew as we take a seat at one of the tables near the long, chic bar.

In the spirit of playfulness, the menu comprises a pad of leaflets and guests can tick a box next to items to indicate their order. It’s not long after we’ve marked our choices that the first two plates arrive: Edamame beans with miso salt and Crispy sushi rice with spicy salmon tartar. The first is young soybeans in the pod, typically found in the cuisine of China and Japan, that are steamed and served with salt and has a satisfying crunch. This sets the tone for what is to follow. 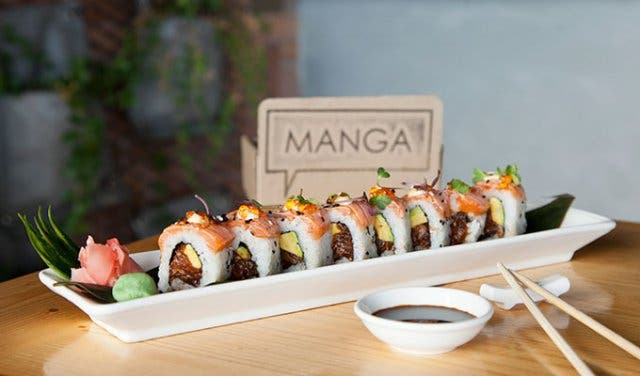 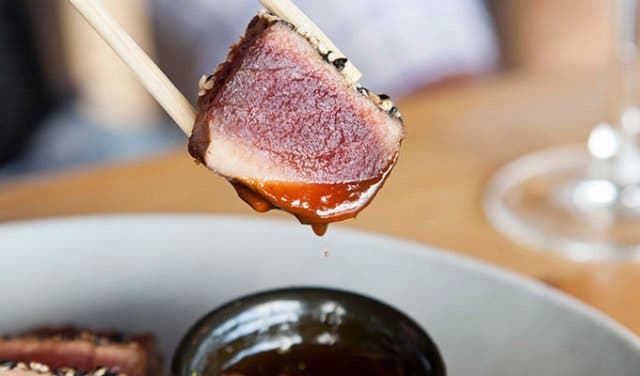 One of the appeals of a visit to Manga is that you get to encounter the whole spectrum of Asian culinary traditions, from Chinese and Vietnamese to Thai and Japanese. The latter is evident in the broad mix of sushi on offer, which includes both the staples and inventive creations that completely reimagine the expected.

“We gave the chef carte blanche to play with the menu and come up with a number of eclectic options,” says Brendon, ordering a glass of wine for himself and a cocktail for me (the seaside setting demands a boozy drink).

In that moment, platters of sushi descend on the table: Crazy Salmon Rolls filled with marinated salmon and avocado and topped with seared salmon; Spicy Tuna Tataki topped with seared tuna; Vietnamese-style Summer Lovin’ Rolls featuring salmon and prawns wrapped in rice paper; and crispy Tempura Salmon Futomaki. The fish is ocean fresh and the rice is handmade with care.

I can’t possibly sample everything on the menu in one sitting, but I make a mental note to return for the signature Tommy Taco (a corn tortilla layered with tuna tartare, sashimi and avocado), the Italian Job (filled with Parma ham, mozzarella and tomato) and the Surf ‘n Turf (a cooked creation featuring tempura prawn and bacon) – the second two are great for those who are wary of raw fish. 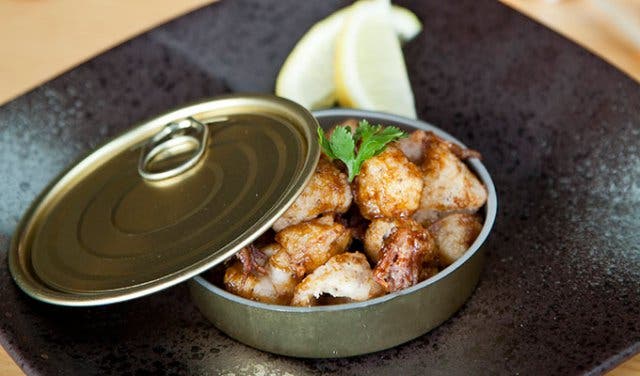 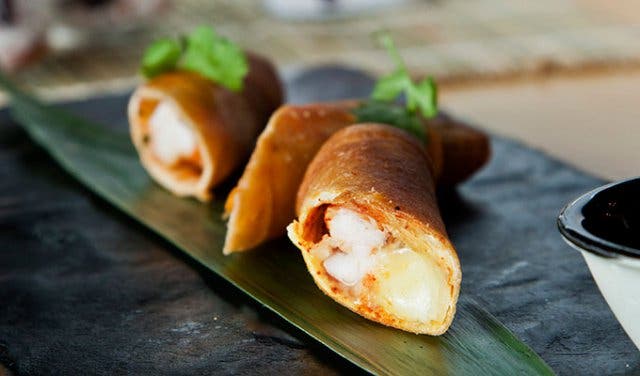 Just as I’m taking my last bite, our final dish arrives – freshly steamed mussels in a lightly spiced coconut laksa. The medley is fragrant and delicious with just the right amount of spice and leaves me wishing I had space to try some of the other mains, like the Miso-cured grilled salmon with a shitake and mirin broth, the Crispy Duck with litchis and a Thai-style red curry sauce and the Teriyaki-truffle beef fillet with roasted garlic aioli.

While studying the menu, I notice that the only Manga offering that breaks entirely with the Asian fusion theme is breakfast. Rather, a tight selection of classic favourites (like Deep-fried Eggs with Sautéed Chorizo and Potato) awaits the morning crowd – those looking to start the day with a bite and stroll along the promenade.

I’m finding Manga a pleasantly mellow afternoon spot too though. A fact that makes it difficult to say “no” to dessert (Coconut and Cinnamon Sago, anyone?) and commit to leaving. Finally, I do manage to haul myself out of my seat and head out through the glass sliding doors, but not before sneaking in a quick read of a few decorative comic book covers.

Not to be missed is their 2-for-1 specials that run on a weekly basis. On a Tuesday you have to take advantage of their 2-for1 sushi, while on a Thursday you can settle down for 2-for-1 tapas. Call in advance to make sure you get your seat (we reserve no judgement on anyone who does a "me-date"; 2-for-1 can definitely mean 2-for-me in our books). 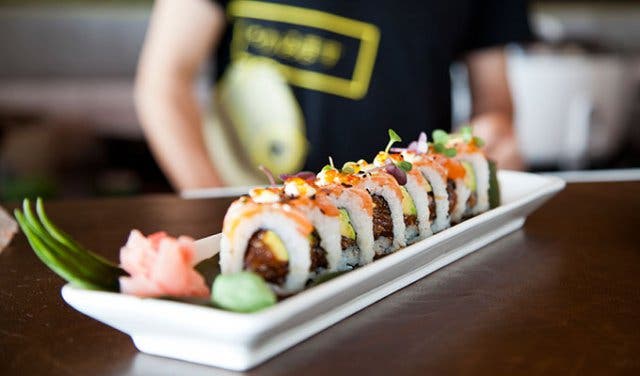 Tip: Manga does takeaways, so why not pick up some sushi on the way home from work on those nights you don’t feel like cooking? 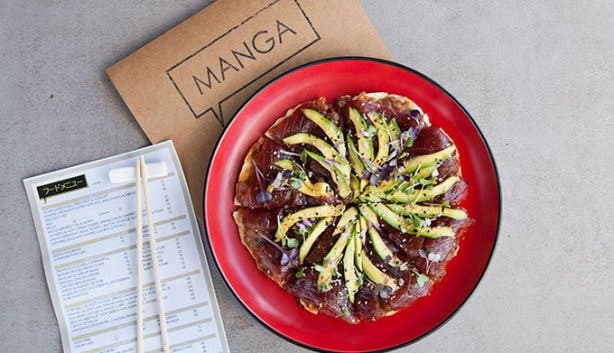 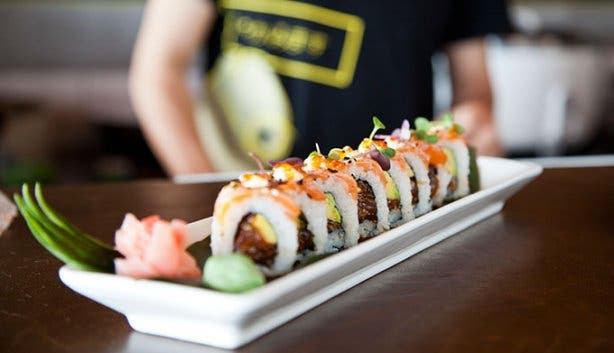 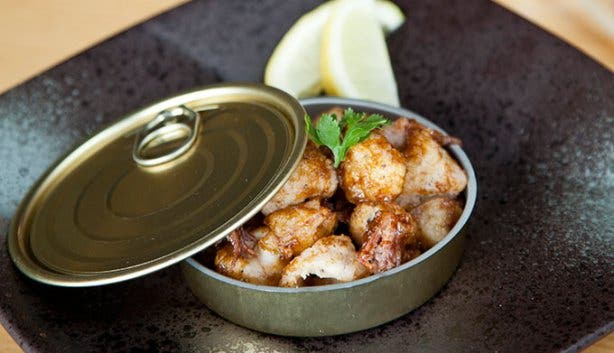 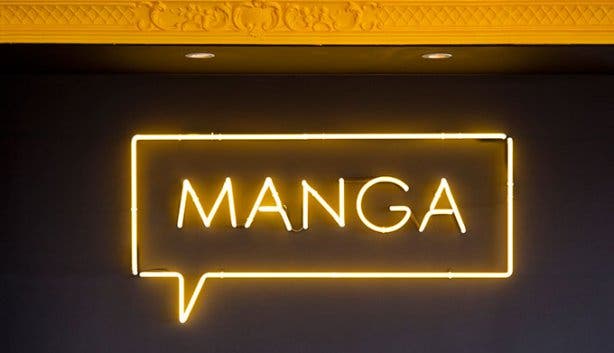 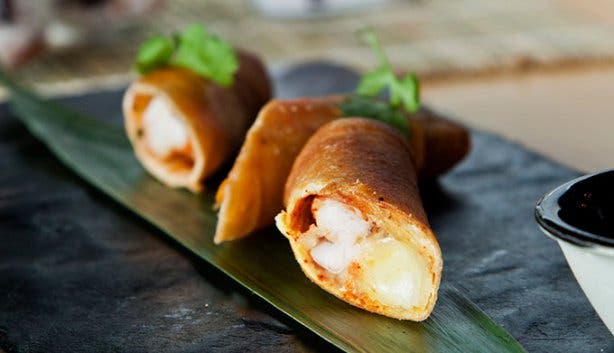 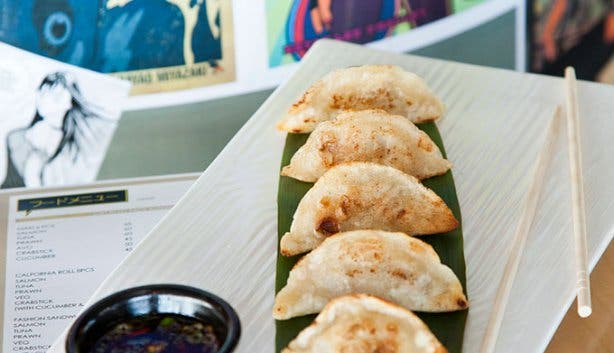 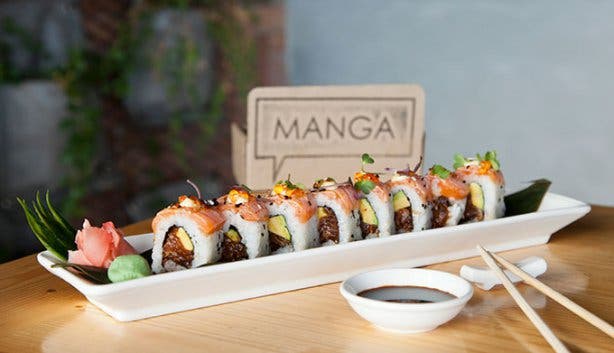 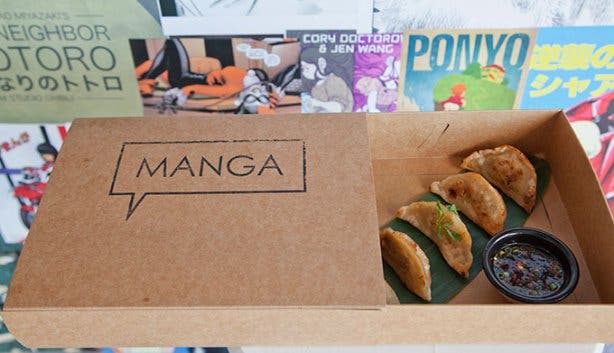 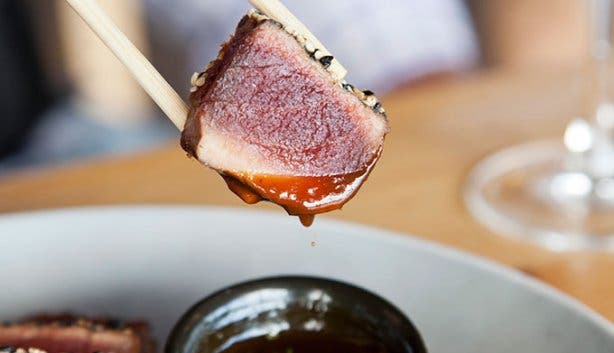 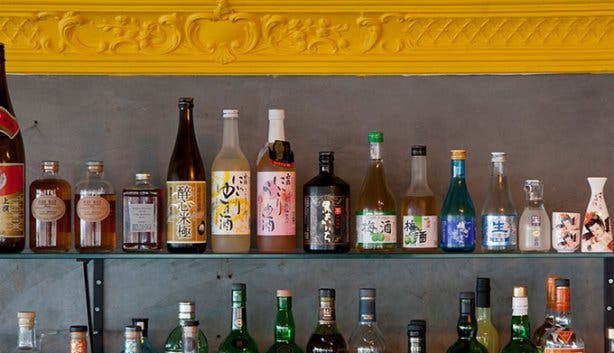 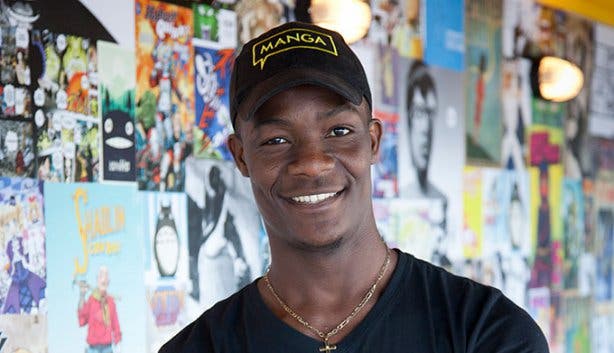