15 Awesome Videos of Extreme Sports and Activities in Cape ...

15 Awesome Videos of Extreme Sports and Activities in Cape Town 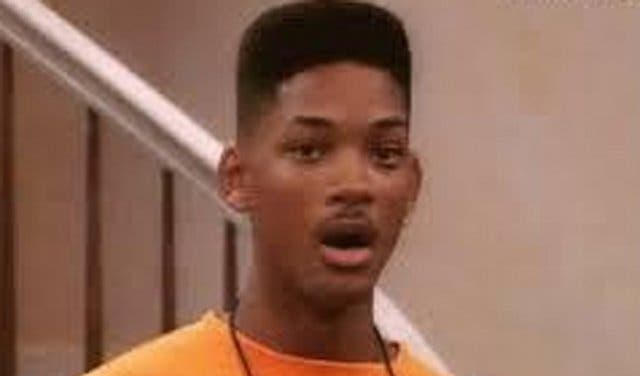 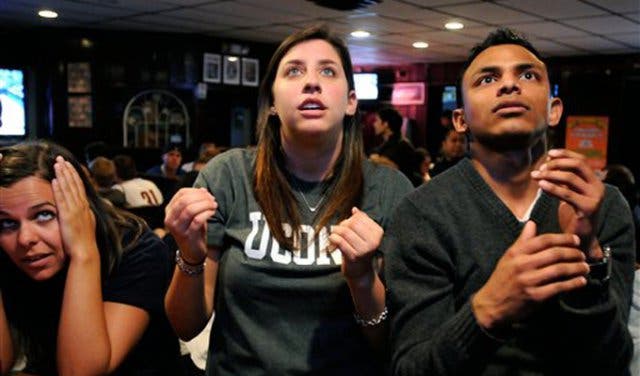 And, of course, most will have you thinking this about the people in them: 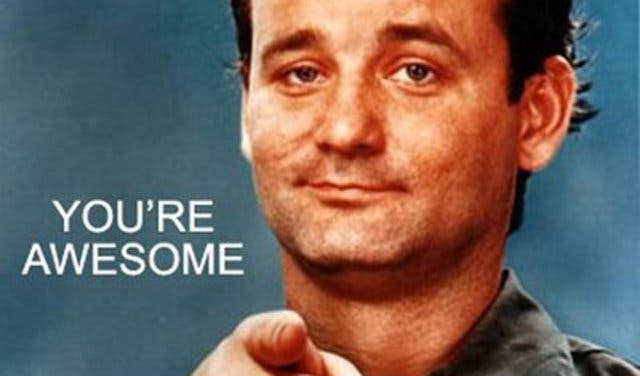 So without further ado, here are 15 Awesome Videos of Extreme Sports and Activities in Cape Town


On 20 January 2013, skateboarder Deçio Lourenço zipped down Kloof Nek Road at approximately 109 km/h – in a 60km/h zone! Not only did his feat set off a speed camera (at the 01:06 mark), it has also raked up over 1, 6 million views (and counting) on YouTube. To quote YouTube user Maciej Tabaka’s comment on the clip: “One word: epic”, which must not have been the same word the traffic police, who were understandably miffed at the stunt, used.

It looks like overgrown children riding tricycles that are meant for toddlers, but it’s actually adults trike drifting. The activity is done on smooth, paved roads with sharp downhill gradients.  The modified tricycle’s rear wheels are made with hard plastic (or PVC), purposefully designed to skid. Then the rider intentionally oversteers so the tyres lose traction. This all makes it possible to do nifty tricks, like popping up on one back wheel (see 00:25) and sliding sideways (see 00:48).  And even when it doesn’t go according to plan, as 01:21 and 02:09 prove, it’s quite a thrill.


Local legend Eddie Rasta (Eddie Canther) wows the crowds at the 2013 Wheels of Fury in Milnerton.  The car spinning champion is a member of the Sevens Spinning Club and executes his sick turns and burnouts in a modified Ford V6.  Be sure to check out 00:36 to 00:51 – it’s crazy good!  Speaking of good, Eddie also teaches car mechanics to the youth of gang-riddled Elsies Rivier, to try to turn them away from gangsterism.

It’s world-renowned stunt performer Dane Grant exploring the streets of the Mother City’s centre in, shall we say, an unconventional manner. Through vaults, jumps and quadrupedal movements.  For those not in the know, parkour is a gravity-defying sport where enthusiasts scale walls, leap between buildings and hoist themselves high using the city’s infrastructure in fast and fluid movements. And if you’ve never seen them in action, here’s your chance, and be sure to wait till the 02:09 mark for Dane’s death-defying jump.


Our pristine beaches and the blustery ‘Cape Doctor’ make us the ideal location for water sports. That’s why we host one of the biggest kiteboarding competitions in the world, the Red Bull King of the Air.  This vid features top pros, including Aaron Hadlow, Kevin Langeree and SA’s own Andries Fourie, showcasing awe-inspiring stunts and tricks.  Naturally the clip features many, er, highlights, but the fact that our magnificent New7Wonder of Nature, Table Mountain, serves as the backdrop for all the action makes it breathtaking.

What do you get when you cross a highboard diving-esque leap and a movie stunt-like landing?  Well, it would probably look a little something like what these blokes did at Johnson’s Craneyard in Epping in 2010.  Members from Stunt SA and inflatable apparatus company BagJump hurtled themselves off a 50-m high Liebherr crane in an activity called, somewhat unimaginatively, bag jumping! Check out 01:25 - 01:35 for an awesome slo-mo jump.


There’s no doubt that Cape Town’s majestic Chapman’s Peak is a glorious sight. Not to mention, Chapman’s Peak Drive is one of the most scenic trips in the world.  In this clip, SA-born daredevil Leander Lacey gives us a different perspective as he executes a wingsuit jump from the top of the mound and films part of it from his P.O.V.  The result? Well, let’s just say watching this will make you feel like your stomach has relocated to your chest cavity.

8.  Danny MacAskill bikes in and around Cape Town

To say that Scottish trials cyclist and pro rider Danny MacAskill (what an apt surname) made our beautiful city his playground would be an understatement.  From hurtling down Woodstock’s Albert Road (03:21) to jumping from one road across to the next on Helen Suzman Boulevard (04:09) and hopping and twisting around rocks on the Atlantic Seaboard coast ( 05:17), Danny certainly made the most of his visit. Watch till the magical moments at the end and you’ll understand why this video has over 1 million views.

Wow, wow, wow – it’s the most adequate description for this clip. But if you want more info: the video features German-born economic economics science student / slack liner Lukas Irmler walking across a 23m-long highline on Table Mountain during a sunrise.  The video from the 02:00 mark onwards is spectacular. For those not in the know, slack lining is  the sport of walking or balancing on a piece of flat nylon rope stretched above the ground.


Suicide Gorge, roughly 90kms outside of Cape Town in the Hottentots Holland Nature Reserve, is a must-visit for all adrenaline-seekers, thanks to its hiking trails, cliffs and rock pools.  As the vid shows, the outdoor paradise is a prime spot for kloofing, which is a combination of walking, swimming and jumping in a certain outdoor area in order to explore it is an adrenaline-pumping way.  In the video you get a first-person perspective because the explorers make use of a GoPro camera attached to a selfie stick. Do wait for the 02:00 mark, there’s quite a cool little twist!

Constantia isn’t often associated with thrill-seeking sports, but these guys injected some adrenaline to the plush, tranquil suburb when they longboarded down Constantia Nek.  Don’t know the difference between a longboard and skateboard? Well, the former is mostly used to cruise down long stretches of roads because its added length makes it easier to control, and the latter is more suited to doing nifty tricks.


If you are not picking up your jaw from the floor from the 03:36 mark onwards, then you might want to check if you have a pulse. This video features SA climber Joe Möhle ascending The Hole, a sandstone crag (a steep rugged mass of rock projecting upward or outward)just outside of Cape Town. This specific route is rated as an F8a one, which is rock climbing jargon for very difficult.  Of course, Joe nails it, and his feat didn’t go unrecognised by YouTubers, including “Hell yes! That’s some next level shit right there,” courtesy of Hunter Miller.

This video made headlines around in the world in 2012. American extreme sports athlete Jeb Corliss has made a name for himself by completing some incredible BASE jumps. In case you don’t know, BASE stands for buildings, antennae, spans (such as bridges), and earth formations (such as cliffs and mountains).  He’s leaped off the likes of the Eiffel Tower and the Golden Gate Bridge, but one jump off of Table Mountain didn’t quite go according to plan. He himself said he thought he had died during an interview on Late Night with Conan O’Brien.

14.  Jean-Marc Johannes skating in and around Cape Town


A combination of great cinematography and even better skating skills, make this video a must-see for both enthusiasts and spectators.  It features Cape Town-born skater Jean-Marc Johannes, who is one of the most-talked about young athletes in the country.  Not to mention, he has been awarded numerous ‘Best Trick’ accolades. This video shows off his skills perfectly, sometime in slo-mo, which means you can get to better appreciate his art.


Skydiving is not for the faint of heart and even makes most adults quiver in their boots.  But the extreme plunge didn’t seem to be a problem for this 11-year-old (she goes by Nancy X on YouTube).  So if you are thinking of skydiving in Cape Town, but not quite sure that you have the guts, then this clip of a pre-teen enjoying the adrenaline-pumping activity will leave you inspired.


Capetonian Alex Meyer zips down one of the busiest streets in Hout Bay's Imizamu Yethu.


Be sure to send us your favourite extreme video clip! You can mail the stunt or feat to office@capetownmagazine.com

Interested in other stunning videos of the Mother City? Check out our 100 Best Videos of Cape Town. 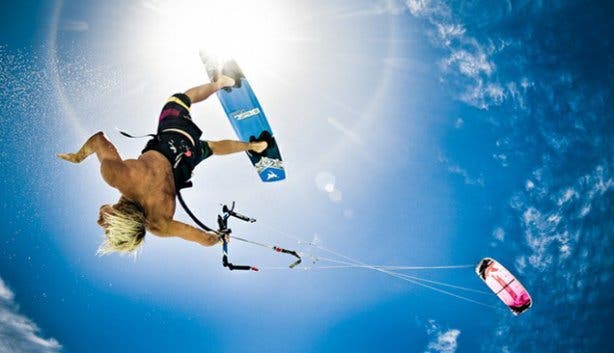 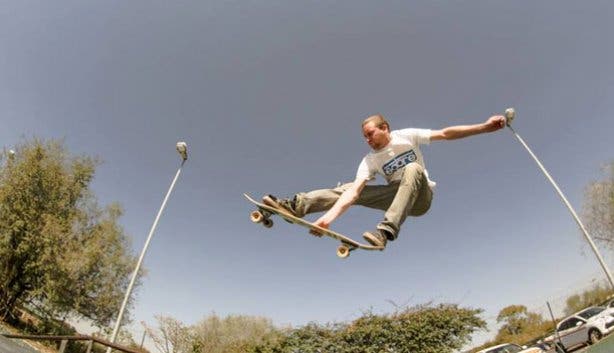 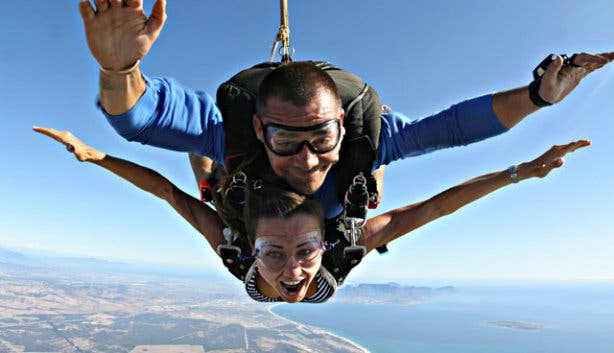 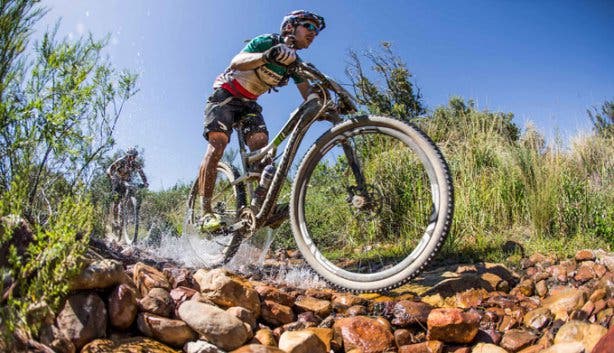