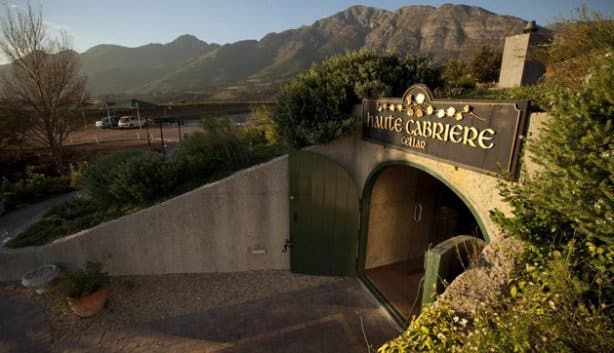 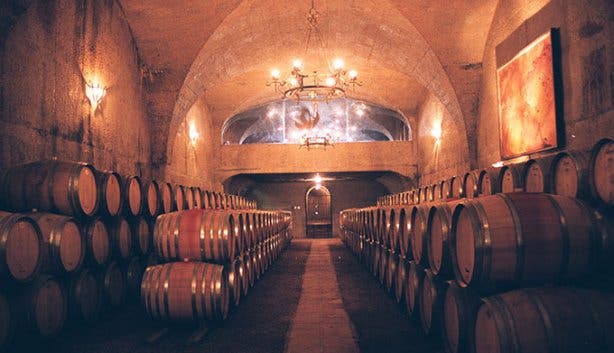 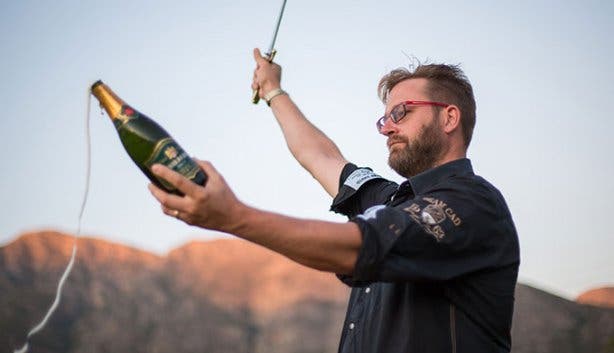 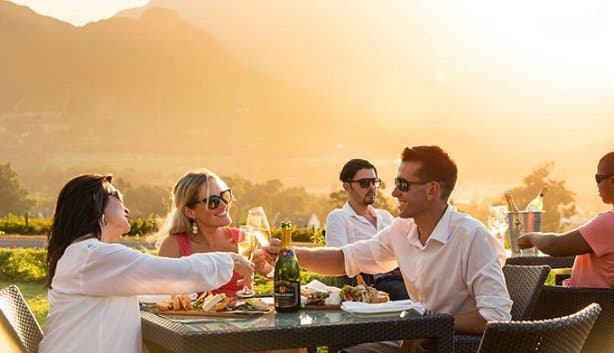 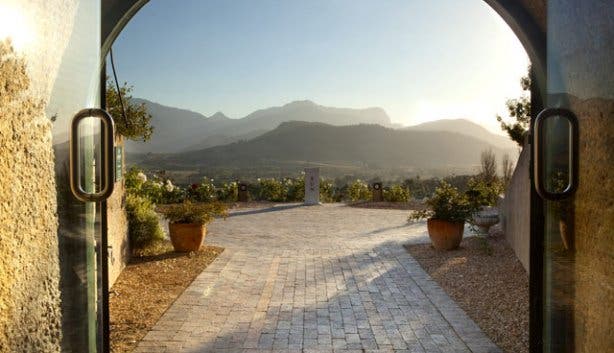 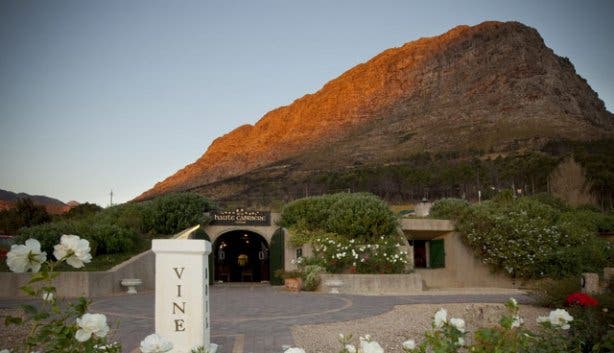 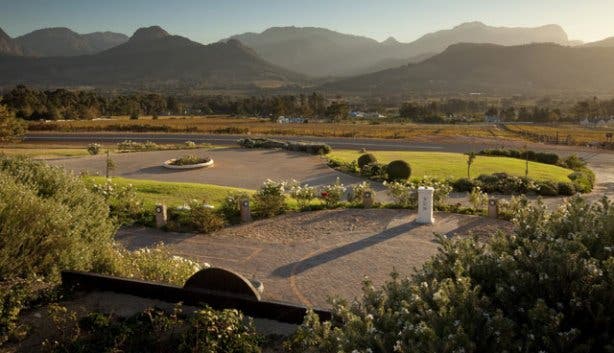 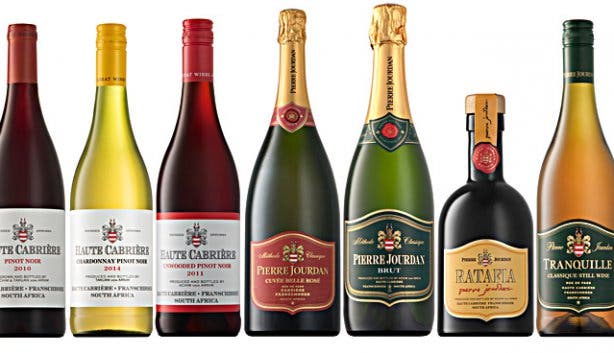 Sniff, swirl and sip every Saturday at this picturesque Franschhoek-based winery

Nestled between towering mountains in the beautiful Cape Winelands, Haute Cabriére Wine Estate – the home of Pierre Jourdan – sits pretty, offering breathtaking views of the Franschhoek Valley. Located approximately 75-kms from Cape Town (and only two minutes from the vino heartland), the family-run winery is one of Franschhoek’s most exquisite food and wine destinations committed to producing reds and whites as well as MCC (Méthode Cap Classique’s – South Africa’s version of champagne) exclusively from the noble cultivars Chardonnay and Pinot Noir.

And now every Saturday, the Franschhoek-based winery treats their guests to the ultimate in wine theatre run by none other than Haute Cabriére founder Achim von Arnim and his son, Cellar Master and Production Director Takuan von Arnim in the form of the Cellar Master’s Tour.

Taking place every Saturday at 11am, participants are led into the cellar’s intimate auditorium within the Pinot Noir barrel maturation cellar where father and son take the stage to tell the tale of Haute Cabriére’s history, vino philosophy as well as delve into the legacy of the von Arnim’s – a family with an 800-year lineage. 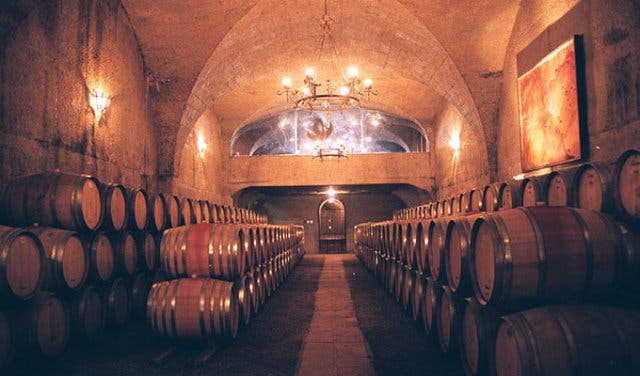 The cellar itself (charming, neat and symmetrical) also adds to the theatrics – its old European finishes, the various colourful abstract artworks on the walls created by Achim (and friends) as well as the magnificent chandelier made from 30 empty Dom Perignon bottles (the light fixture was made in honour of Takuan’s first birthday) – all contributes to the exceptional Haute Cabriére experience and vino adventure. In addition to being able to enjoy the estate’s finest reds and whites in their natural habitat, guests also have the rare opportunity and privilege of a fascinating look into how the wine and champagne is actually made.

Vino tasters gather at the various wine barrel tables, which have been set up to encourage the already very sociable atmosphere, and are encouraged to embark on a wine journey along with the gregarious ‘hosts with the most’. With a key emphasis on sharing and enjoying the Haute Cabriére experience, Takuan makes sure to visit each table throughout the event, making many friends along the way.

“It’s not a lecture, the group contributes too,” clarifies the Cellar Master. “If you have a sense of humour, you’ll enjoy it immensely! It’s almost like being invited to a private party and enjoying the really good wines on offer.”

And what kind of party would be complete without a bottle or two of bubbly?  Throughout the cellar tour, the Arnim duo offer guests samples of the estate’s signature Pierre Jourdan Cap Classique range (as well as some of the other spectacular vinos on offer). They don’t just pop the corks though, they use a French cavalry sabre to lop the tops off bottle after bottle and have even been known to knight an individual or two afterwards with the magnificent sabre. 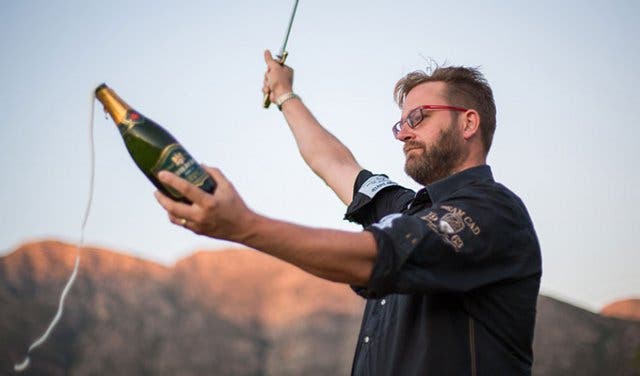 The Cellar Master’s Tour takes place every Saturday at 11am and is approximately an hour long (although only meant to go on until lunch time, the tours have been known to run well into the afternoon). Each tour can host a maximum of 50 to 60 people and prior booking is not necessary. Guests will taste the estate’s entire MCC range as well as their exclusive Pinot Noir, unwooded Pinot Noir and Ratafia wines. The Cellar master’s Tour costs R70p/p.

If you have worked up an appetite after the exciting tour, why not pop in the Haute Cabrière Restaurant?